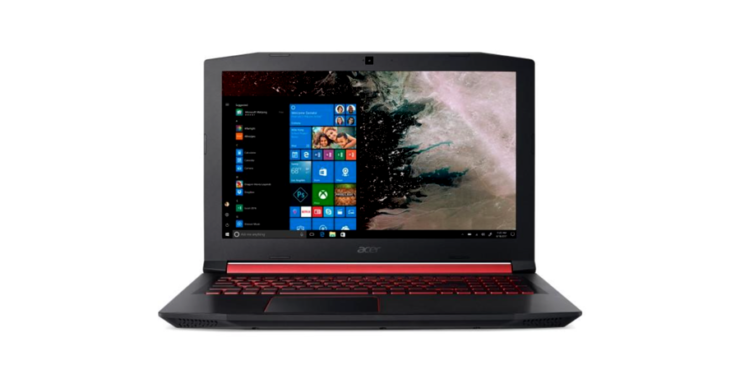 If you are out on a hunt for a gaming laptop, then the new 2018 Acer Nitro 5 AMD Ryzen-powered notebook is what you might need. Here are the details on this entry level gaming beast.

Sometimes you need a gaming laptop that gets the job done without touching the extreme borders of reality. That's where the new 2018 Acer Nitro 5 gaming laptop comes in. Needless to say it's a machine every gamer should look at as it packs the best in terms of performance while keeping the price point low.

Let's get the obvious out of the way first - this is a Windows 10 powered laptop focused on gaming. Other than that, it packs a 15-inch display which happens to be a full HD IPS panel. So you can expect good viewing angles from this beast and your visuals will look as crisp as possible.

On the graphics end you can expect an AMD Radeon RX 560 under the hood, which is more than enough to play the latest and greatest titles. Everything is powered by an AMD Ryzen mobile CPU and can be configured to higher clock speeds at purchase if you're looking for that extra kick. On the storage front, this notebook can be configured with up to 512GB of SSD and up to 32GB of DDR4 RAM.

The Nitro 5 doesn't compromise on ports, and you will find everything you need to get your connectivity game up. There's a USB-C port, HDMI 2.0, Gigabit Ethernet, full-size USB 3 ports and more. 802.11ac WiFi is there too for a speedy connection to the Web.

You can expect the new Nitro 5 to go on sale in April and starts at just $799 for the base configuration. Personally, I would highly recommend looking into this notebook if you are seeking to start your journey into the world of gaming. Apart from gaming, this is more than a capable notebook for productivity as well.