1666 Amsterdam Showcased via Gameplay Footage, Désilets Confirms It Will Be Made 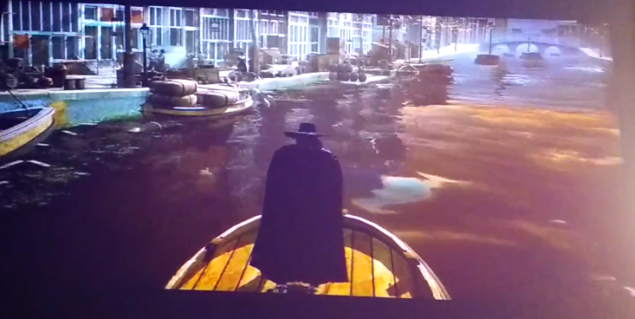 Sometimes they come back. No, it's not a reference to yet another zombie title, but to 1666 Amsterdam - a project that seemed to be completely lost.

Originally designed by Assassin's Creed creator Patrice Désilets while he worked at THQ, the IP was then sold to Ubisoft alongside the entire THQ Montreal team.

Just a few months later, though, the game was cancelled and Désilets was fired by Ubisoft. It was the beginning of a legal battle for 1666 Amsterdam that only ended a few days ago, with Ubisoft agreeing to hand over the rights to the franchise back to Désilets.

Putting aside our past differences, Patrice and I are above all interested in the creation of video games and the evolution of this medium of entertainment. This agreement is good news for everyone. Ubisoft's creative teams are currently working on innovative projects that will mark our industry for years to come. This is precisely where we want to focus our energy, on our teams, to continue what we have been building in Quebec for nearly 20 years. As we have always said, Patrice is a talented designer and we wish him all the best in the development of his future endeavors.

I’m glad Ubisoft and I were able to come to an agreement that will allow me to
obtain the rights to project 1666 Amsterdam. I will now devote myself entirely to the development of Ancestors: the Humankind Odyssey, my next game with Panache Digital Games. This is what matters most to me today: making the best games and showing the world the creative talent of Quebecers. I also wish every success to the Ubisoft teams.

He won't be working any time soon on 1666 Amsterdam, then, but that doesn't mean that the game is dead. In fact, a few days ago he said via Twitter that it will be made at some point.

In light of this hope, taking a look at the early in-game footage shared today at Reboot Develop is even more interesting. There are clearly many similarities with Assassin's Creed, though the protagonist and setting are very intriguing; apparently, the game's theme is "be worse than the devil," which is why the protagonist can control animals traditionally associated with black magic.