Batman Arkham CIty is a highly acclaimed sequel to 2009's Arkham Asylum which showed that there can be a Batman game not based on the crappy cartoons or the movies and it can still be a smash hit. 2 years later we have now got Batman Arkham CIty where we see the return of Batman and a larger variety of villains; Two-face, Penguin, Joker and even Dr. (Hugo) Strange. With Catwoman on his side Batman is definitely going to need all the help he can get to fight a city size prison of lunatics. 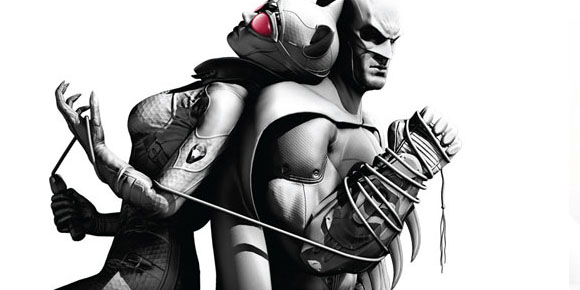 Batman Arkham City has definitely got the attention of the gaming community, after the smashing success of Arkham Asylum in 2009 featuring villains such as Bane, Scarecrow, Killer Croc, Joker and Poison Ivy it was truly a game for the record books. After 2 years we can finally see a sequel to that amazing game in the form of Arkham City, like the name suggests Arkham is no longer a lone building on a desolate island it has been moved INSIDE Gotham city and separated from the pubic by giant walls (I wonder who's the genius who thought putting thousands of inmates in a city was a good idea?) but for whatever reason that is Arkham City.

The Villains in Arkham City are truly something to admire, you will go toe to toe with Dr. (Hugo) Strange, Joker, Two-Face and The Penguin. so far these are all the confirmed villains of the game but you can also expect The Riddler to be part of the final game (Hopefully)

I like how the game feels more intense than the first one, I mean you can see that the whole Two-Face thing is really interesting, There was probably never a moment like this in Arkham Asylum right? never the less the only thing I am happy about is that this is a great multiplatform game meant to be enjoyed by all, whether you own a PS3 / 360 or a PC you can bet that this will truly be a game to remember.