A few weeks ago Capcom released 19 minutes of Asura's Wrath gameplay footage but they have released more in-game footage of the game from the PS3 version, while most of it is filled with cut scenes involving a lot of Japanese dialogue it does show good fighting segments and even a mini boss fight and is definitely worth checking out if you are waiting for this game. 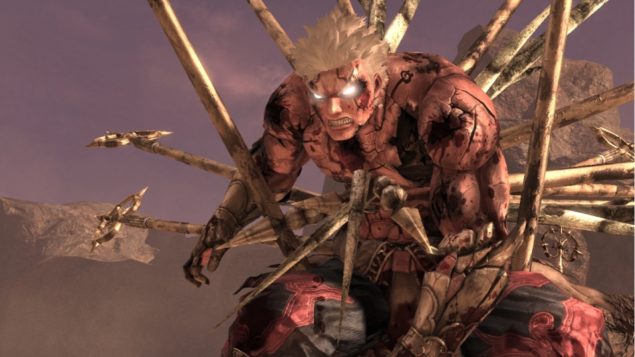 Devil May Cry isn't the only project Capcom is hard at work on, they are also working on Asura's Wrath which has a very similar story to God of War but offers a MUCH more versatile game play style which goes over the top and really shows the enthusiasm and energy Japanese game developers put into their games. As you can see from the above picture that human porcupine is the games protagonist and later on he will even fight his foes ARMLESS! Yes that is how dedicated and hardcore these Japanese developers are when they are giving their characters life.

While Asura's Wrath is scheduled for release on the 10th of January 2012 for the XBOX 360 and the PlayStation 3 the game is really great for those of you are fans of the whole hack and slash series of games but want a more "hands-on" approach rather than cycling through weapons ;).