Apple's 12.9 inch MacBook Air has been the talk of the internet these days. The Cupertino manufacturer is being said to have some drastic design changes planned for the notebook, some of which include another reduction in thickness, and a complete reduction of external ports. More news has surfaced related to the MacBook, and it comes from KGI Securities' Ming-Chi Kuo, who has become somewhat of an authority on Apple stats and releases. 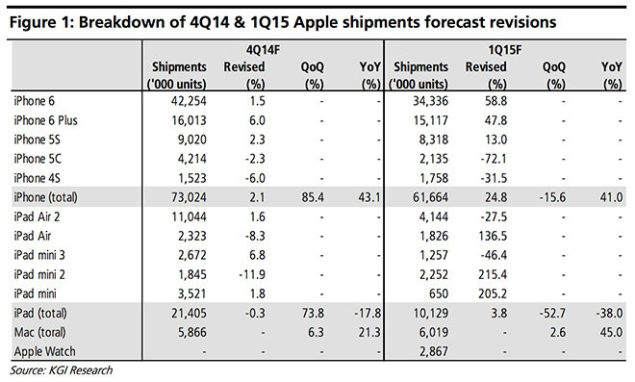 Starting from iPhone sales, Kuo claims that Apple shipped a whooping 73 million iPhones over the holiday season, indication that the company really has been quite busy last year. He also goes on to further estimate that the iPhone 6 contributed with 42 million sales while the 5.5 inch iPhone 6 Plus chipped in with a more modest 16 million.

Coming towards this year's releases, Kuo expects the Apple Watch to be with us sometime around March-April, with the company holding a special event to announce the device's release. Apple showcased the Apple watch last year, with the gadget's primary emphasis being on health apps alongside a little bit of connectivity and portability touches also present. 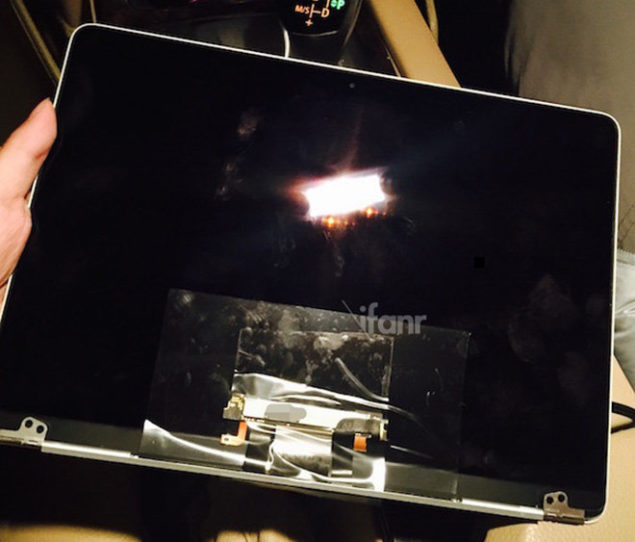 Coming towards the more anticipated 12 inch MacBook Air, Kuo expects the ultra thin, portable notebook to start shipping sometime around this quarter. That would make the shipping of the MacBook Air coincide with the Apple Watch's release, and perhaps a separate Apple event with the Apple Watch, the MacBook Air and perhaps even the iPad Pro is on the cards. The 12.9 inch iPad Pro is expected to be Cupertino's first attempt at a larger screened tablet that is aimed towards targeting the educational and enterprise sector. Sounds like Apple has a busy first quarter ahead. Stay tuned, we'll keep you updated as this develops.