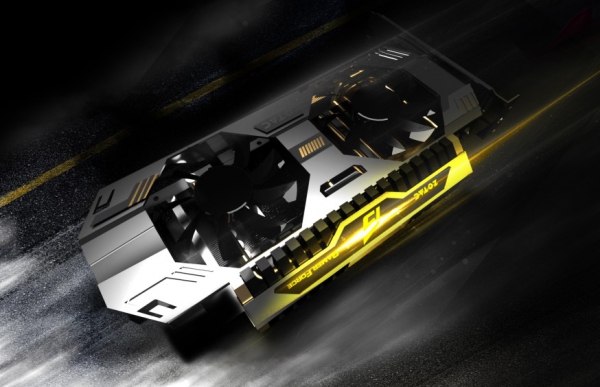 The 12 Phase VRM makes use of server-grade tantalum capacitors, and FPCAP multi-phase capacitors and is controlled by the CHiL CHL8318 VRM controller. According to Zotac officials, The card can reach upto 2GHz Clock frequency at a VCore of 1.5V provided you're using LN2 cooling.

The test was done using the dual fan air cooler of the Extreme Edition GTX 680 which makes use of  a large aluminum fin block equipped with a copper base and five 6mm heatpipes. Power is provided through 8+6 Pin connectors.

Using the ZOTAC Firestorm utility, The user managed to overclock the GPU to 1420MHz/1650MHz while the memory ran at 6.6GHz. The GPU voltage was pumped to 1.375V to obtain the desired frequency. With this much overclock, The GPU managed to score 3974 Extreme Marks in 3DMark 11.

Zotac's Extreme Edition GTX 680 would be made available shortly. 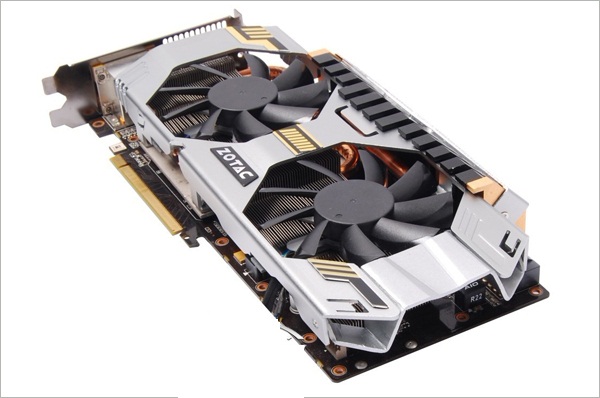 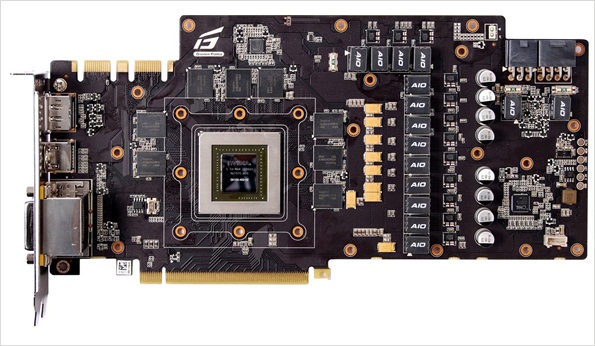