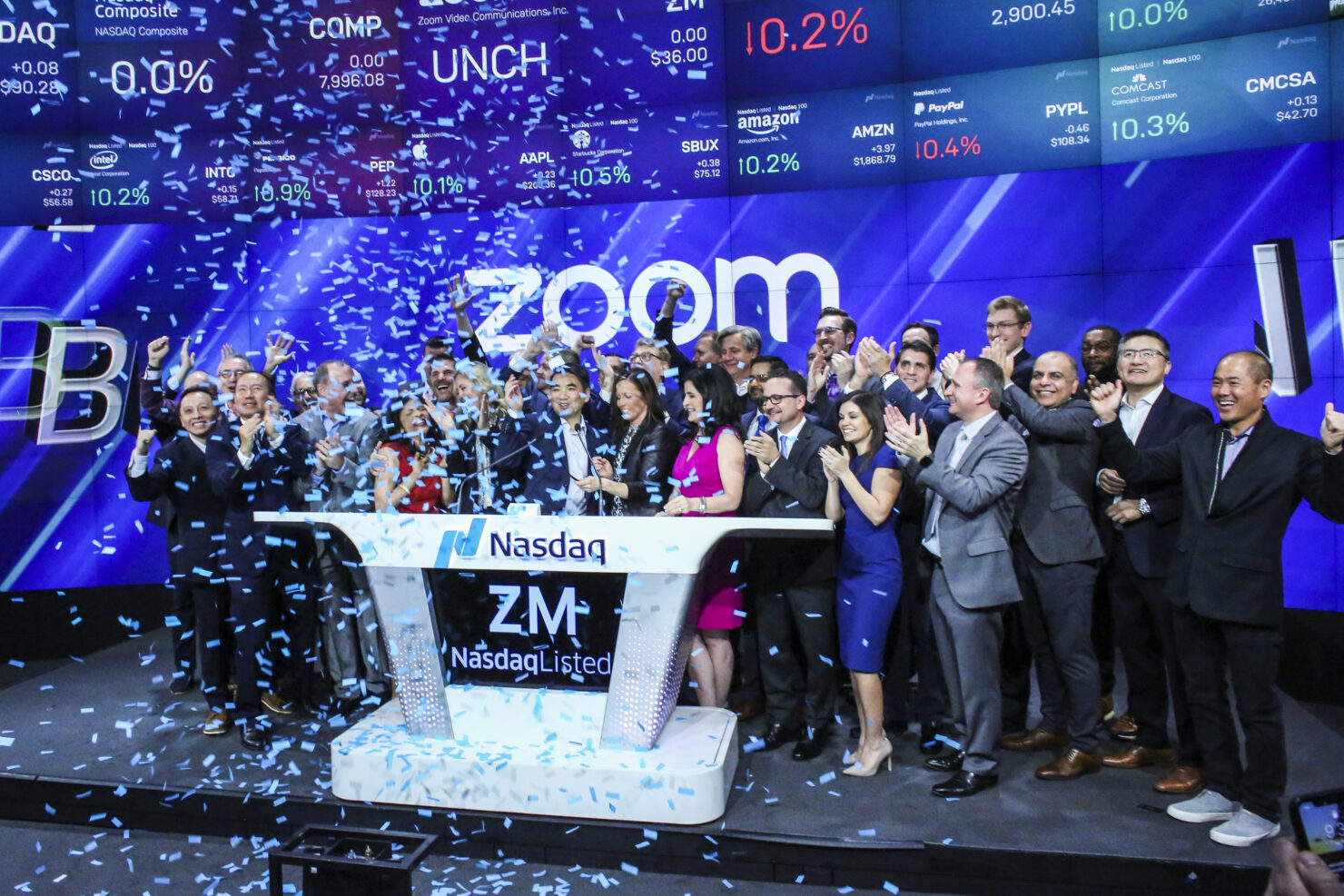 Zoom (NASDAQ:ZM), the company that provides remote conferencing services, has wowed Wall Street analysts with its stellar Q1 2021 earnings. The latest quarterly results of the company emphasize the fact that Zoom remains one of the most prominent stock plays in an era governed by the coronavirus (COVID-19) pandemic.

To wit, Zoom beat consensus expectations on the top-line as well as the bottom-line metrics. As an illustration, the company earned a revenue of $328.17 million, constituting an annual increase of 169 percent and beating expectations by $124.64 million or 61.24 percent.

Crucially, Zoom reported an annual increase of 354 percent in paid customers with more than ten employees. This metric now stands at 265,400 for the pertinent quarter.

Given the strength projected by these results, it is hardly surprising that Wall Street has been gushing forth with its collective praise of Zoom. According to a collection of tweets assembled by the Twitter account ‘Notable Calls’, JP Morgan (NYSE:JPM) said:

"Wow - This was the largest beat we have witnessed in covering software for over 20 years."

"Zoom reported the greatest quarter in enterprise software's history in our view."

Moreover, Drew Kootman at Cantor Fitzgerald raised Zoom’s stock price target to $261 from $150, translating to an upside potential of around 25 percent relative to the stock’s last closing price.

The sell-side reaction suggests that analysts are looking beyond Zoom’s serious security flaws that were unearthed over the past couple of weeks when it emerged that the company’s platform suffered from grave security flaws. In addition to the dubious nature of Zoom’s end-to-end encryption claims, it was found that the platform’s encryption keys were being generated in China, raising privacy-related red flags. Moreover, over 500,000 Zoom account credentials were then allegedly leaked over the dark web and hacker forums.

Nonetheless, the existence of these security flaws meant that the company could not extract the maximal benefit from the coronavirus-induced boom in its business. As an illustration, the Verge reported toward the end of April that, as per Zoom’s own admission, the platform did not possess 300 million Daily Active Users, thereby, contradicting an earlier claim. Zoom stealthily amended the original blog post containing the pertinent claim from “more than 300 million daily users” to possessing “300 million daily Zoom meeting participants”. This is a key classification change as the meeting participants may be counted multiple times while the Daily Active Users (DAU) metric encompasses all unique users. Now, as per Zoom’s reporting of its quarterly results, we know that the original point of contention raised by Verge was indeed true.

Despite the relatively serious implications of these developments, investors have remained tuned to Zoom’s promising prospects in the era of a full-blown pandemic governed by spatial distancing realities. Year to date, the stock has gained an astonishing 205.82 percent, corresponding to a market capitalization of $53.46 billion.