Zoink Games: It Has Been Amazing To Have EA Onboard; Fe Will Last 7/8 Hours for Its Main Quest 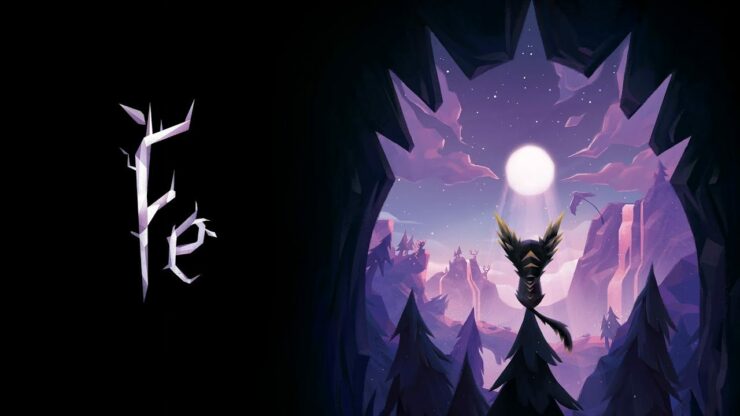 Swedish studio Zoink Games may not be that popular among those who aren't big indie game fans, although the titles they've released so far (The Kore Gang, Stick It to The Man! and Zombie Vikings) have been generally well received.

Their breakout could be just about to happen, though, with Fe due to release on PC, PlayStation 4, Xbox One and Nintendo Switch on February 16th. An adventure game that ranks highly among our most anticipated titles of the genre for this year, Fe stars the titular fox-like creature in a quest to save the forest (and its inhabitants) from the mysterious Silent Ones.

We talked with Andreas Beijer, Zoink's Game Director and Art Director on Fe, to find out more about this intriguing title that's due to be published under the EA Originals label.

How did your partnership with Electronic Arts come about and what was your experience so far?

Zoink has published games earlier both by ourselves and through smaller publishers and we found that it’s really hard to reach out. Then suddenly Unravel was picked up by EA and we felt that, hey we can do that too! We had worked on Fe off and on for a while and we put together a demo. We managed to set up a meeting with EA and they loved the concept and they gave us a fantastic deal. It has been amazing to have them onboard actually. I understand it might sound like I’m paid to say this but that’s the honest truth. They have provided so much help without meddling with the artistic vision of the game and it has been fantastic for us to be able to use their experience and knowledge of making and publish games.

Are we correct in assuming Fe has been inspired by Nordic fairy tales and if so, is there any particular one you had in mind?

Not that specific really, but all of us at Zoink grew up in the Nordic countries and we have heard the stories and fairy tales back when we were kids, I guess that’s something that we bring with us. Much of Nordic classic storytelling is about “the dark scary forest” and about the creatures that live there so I think that it comes automatically to us when we think about the forest. I would say that much of the inspiration comes from being a kid playing in the forest and the stories you yourself would make up playing there.

Can you move freely within the forest straight from the start of Fe?

No, we open up the forest to the player more and more as the game proceeds. We tried to have it completely open from the start but there was just too much to take in and players just got lost which created unnecessary frustration. We really want people to be comfortable to go on detours and explore by themselves so it made sense to serve the world in more digestible portions at the beginning of the game. However, after a while, we let go of the players' hands and they are completely free to explore the interconnected world of Fe.

Are all the puzzles sound based? What prompted you to choose the sound focus, by the way?

In Fe, the forest itself communicates through sound. It’s like an energy that connects everything that lives there which means that you can communicate with animals and plants which in turn can help you proceed. I would say that the puzzles aren’t sound based in that sense but rather sound is a tool which enables you to do certain things. For instance, you can befriend a deer that can sing to a type of flower that will draft you upwards. Then later you can you can learn the language of the deer and sing to the flowers yourself. I would say that the puzzles are just as much based on movement, like climbing trees and gliding through the air but the abilities you gain from learning more songs help you do new things. There are several reasons as to why we chose to work with sounds in this way. One thing is that we wanted the player to be a part of the world and be able to communicate with everything in it. Another thing is that we were fortunate enough to have the fantastic musician Joel Bille onboard who was able to create a soundscape that enabled us to do that.

Can you tell us more about some of the ten unique abilities featured in the game and how they work?

It’s maybe even more than ten really, depending on how you count, but there’s like two branches of abilities that you can gain. One thing is about the flora and fauna of the world. You can befriend animals that can help you in different ways, then there is their relationship to certain plants that also is helpful to the player. Then we have a system of shards that's hidden in the world and gives the player new abilities as well.

How long will take to complete the 8 main quests? What if we added to the count the secrets, hidden artifacts etc.?

It’s hard to say since we want players to take their time and explore the environment, but if you were set on just completing the “main quest” I would think perhaps about 7-8 hours. Then you are free to roam around and find all the secrets and that really depends on the player how much time that takes. It’s hard to say really. I’m thinking of the world of Fe as big enough to get lost in but small enough to get to know it all.

Fe is among the upcoming Xbox One X enhanced titles according to the official list. Can you share the technical specifications of this version as well as those of Sony's PlayStation 4 Pro?

Was it challenging to get the game running on the Nintendo Switch? What do you think of the console as a whole?

I’m quite fond of the Switch actually, especially in handheld mode. It has been really nice putting on my headphones and cuddle up on the sofa playing Fe on it. It has lower specs than the others but I think it makes up for that in charm and I think that Fe looks really good on it. This is one of the first games that Zoink makes for Switch (Flipping Death is the other) so there is a challenge of course, but I would say that all in all it has gone really well.

Fe Review – Beautiful, If Not Quite Deep