With The Legend of Zelda: Breath of the Wild, the new entry in the series launching in a little over a month on Wii U and Switch, Nintendo is trying to spice up the series' classic formula in a lot of interesting ways, but it seems like the series may be changing in aspects other than gameplay, judging from the game's Japanese box art.

A few hours ago, the Zelda Breath of the Wild Japanese box art has emerged online, revealing the game's CERO rating. The Japanese Computer Entertainment Rating Organization rated the game for violence and sexual content, which is definitely surprising for a Nintendo developed game. 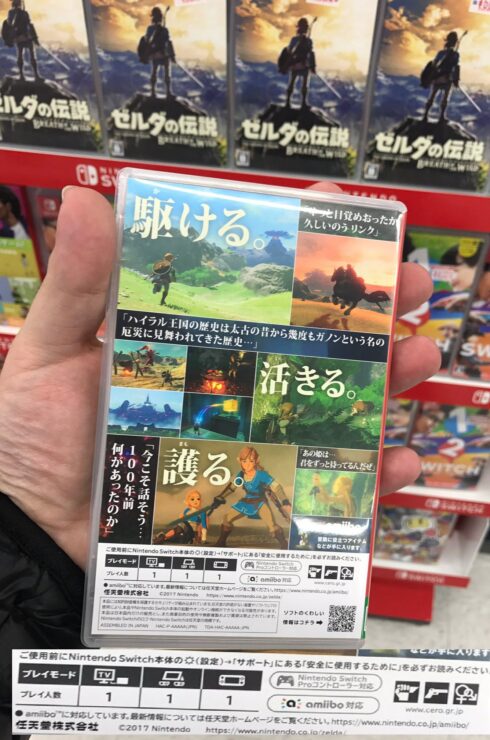 Earlier this week, Zelda Breath of the Wild producer Eiji Aonuma talked about the game's features, confirming that it won't support the Switch's unique HD Rumble feature. This was due to the fact that the game is a multiplatform release and, as such, it was impossible for the team to take advantage of all of the Switch's unique capabilities. HD Rumble is a unique feature of the Joy-Con controllers which provide more realistic vibrations.

The Legend of Zelda Breath of the Wild launches on March 3rd in all regions on Wii U and Switch in all regions. We will keep you updated on Nintendo’s ambitious game as soon as more comes in on it, so stay tuned for all the latest news.

Nintendo Switch Pro Docked Performance Will Be Optimized for 1440p Resolution; DLSS May Be Locked Out at Launch – Rumor

Nintendo Switch Pro Is Entering Production This Month, Even if It Is Not Announced – Rumor