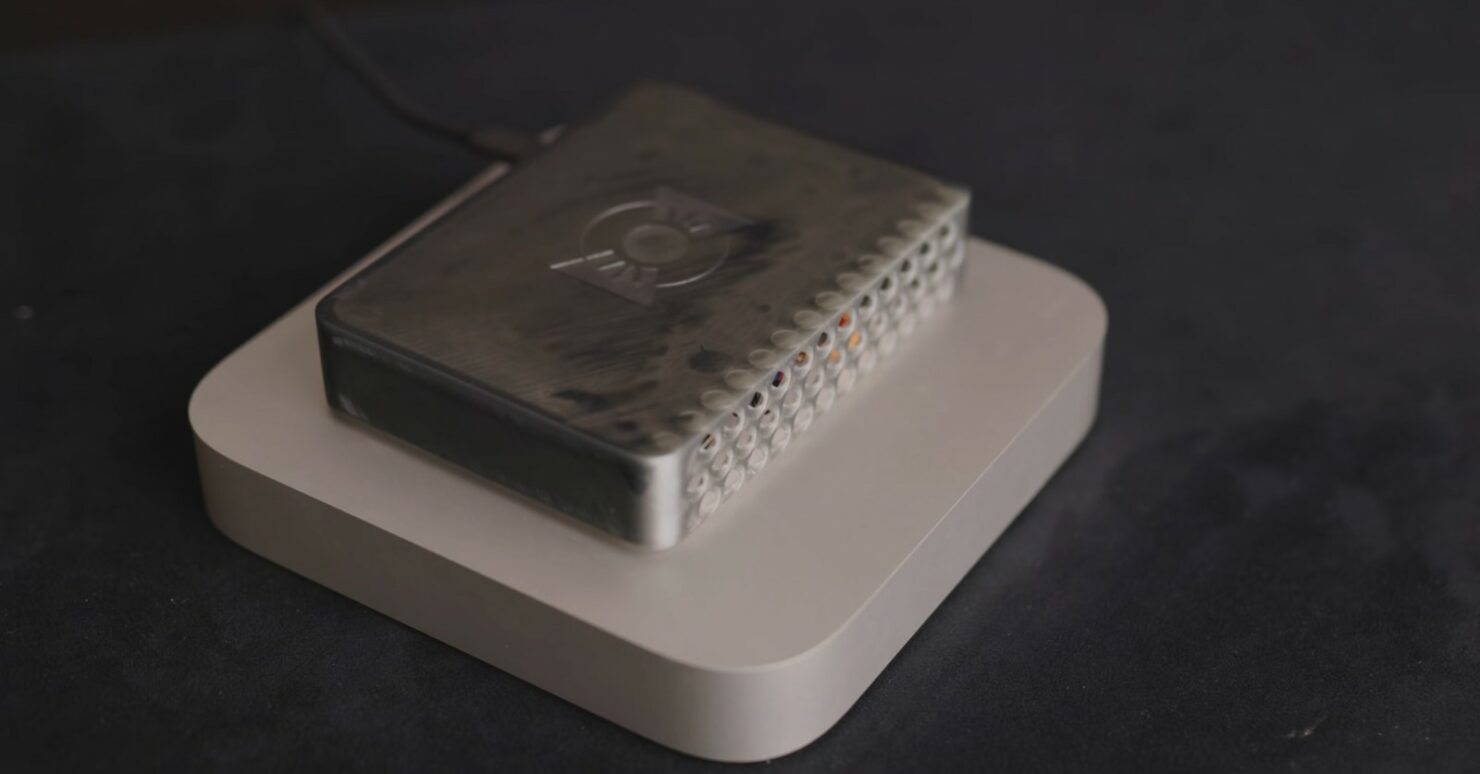 Apple is rumored to host a Spring event in the coming weeks and we are anxiously waiting for the new Mac mini with upgraded internals. However, the existing Mac mini with an M1 chip is still quite fast for average users. While we are expecting a redesigned and faster model this year, a YouTuber has managed to make the current M1 Mac mini 78 percent smaller and added MagSafe technology to the mix. Scroll down to read more details on the subject.

The current model of the M1 Mac mini was launched back in November of 2020 and it kept the same unibody design as that of the Intel models that came before it. It was revealed in the M1 Mac mini teardown that the device contained a lot of free space on the inside. Well, YouTube channel Snazzy Labs took advantage of the space and made the entire device 78 percent smaller.

Quinn Nelson from Snazzy Labs engineered a new casing for the computer and also relocated the internals in the modified M1-powered Mac mini. One thing to note here is that Apple's M1 processor is a very power-efficient chip and can work perfectly fine in a tightly packed chassis. Nelson also made use of the MagSafe technology. He replaced the 150W power supply with an external 65W Microsoft Surface power supply and fitted a MagSafe 2 connector. It connects to a DC voltage regulator which leads the current to the logic board of the Mac mini.

The casing was created using a 3D printer with a "cheese grater" design from the 2019 Mac Pro. The design will also compliment the thermals as the fan has been removed. The antennae and the power button were moved to the enclosure as well. In the end, the entire package took only 28 percent of the original M1 Mac mini's size.

When Nelson ran the machine, the M1 chip showed no performance drop even after the fan was removed. The machine continued to work like normal and the benchmarks were pretty much the same as well. If you are interested, the YouTuber shared a detailed guide to follow if you are skilled enough.

We are expecting Apple to launch a new model with a new design, potentially housing a "plexiglass" on top of the machine. However, no concrete details are available at this point, so do take the news with a pinch of salt. You can check out the video embedded above for more details on the subject.

Share your valuable insight with us in the comments.