Xigmatek has introduced an interesting new addition into the CPU cooler market.

The most interesting  thing about the cooler is its design feature. This cooler is what Xigmatek calls a DLHDT cooler, which means Dual Layer with Heatpipe direct touch. Instead of using the normal HDT design where heatpipes directly touch the CPU base, Xigmatek has gone one step forward and added another two heatpipes that directly touch the 4 heatpipes (2 8mm and 26m) below it. This should improve effeciency over the normal HDT design since heat will be transferred much more quickly through the 4 heatpipes and some of it will be off-loaded to the 2 heattpipes above it. However nothing can be said about the performance until the cooler gets some reviews. 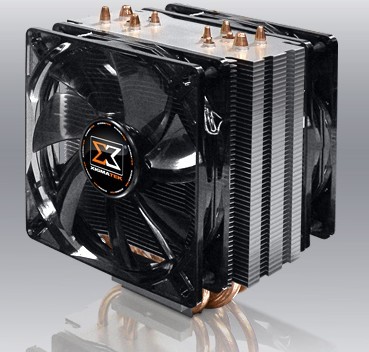 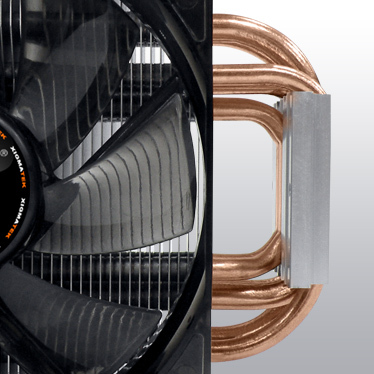 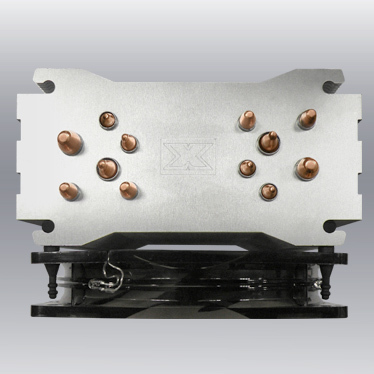 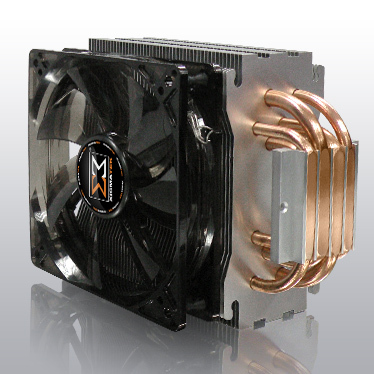