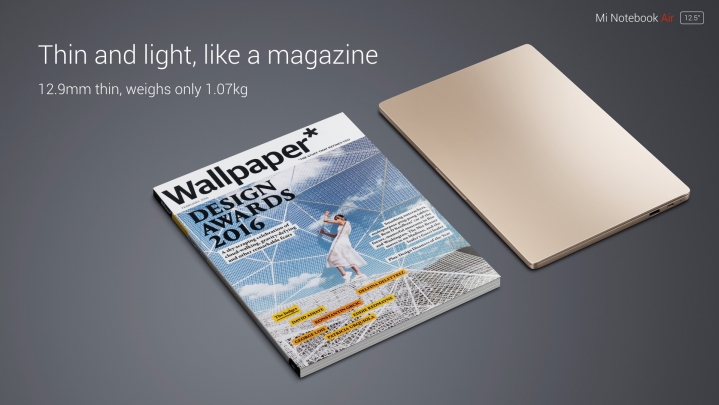 Xiaomi has officially announced two Mi Notebook Air models so let’s take a look at all the specifications that are packing underneath the Windows 10 powered notebooks.

The less powerful notebook will feature a screen size of 12.5 inches while the better spec’d one is going to sport a 13.3-inch screen, with both of the Mi Notebook Air models having a resolution of 1080p. The fact that Xiaomi did not go overboard with the resolution on a proportionally smaller screen shows that the company is not only attempting to keep the costs low by removing unwanted features such as a higher number of pixels, but these things will also allow you to get more battery life out of the two notebooks.

Both of these laptops are void of the Xiaomi logo, most likely because they didn’t want to give away too much evidence that they were blatantly copying Apple’s MacBook Air, but that aluminum chassis sure looks nice. It’s disappointing to see that there’s only one Type-C USB port present, but at least you get more ports out of the notebook, which is an approach that we feel Apple should also follow when it announces another 12-inch MacBook refresh running Intel’s 7th generation processors.

The affordability of both notebooks will allow the Xiaomi Mi Notebook Air family to take on Lenovo’s offerings, and we feel that the tides are going to turn towards Xiaomi’s way. We have listed the pricing and specification details of both laptops below, so be sure to check them out and tell us what you thought.