With Qualcomm's Snapdragon 810 featuring heating issues, manufacturers the likes of LG and Samsung have decided to abandon Qualcomm's top performing SoC in their flagship. That doesn't seem to stop Xiaomi though, who has managed to make quite a name for itself in the smartphone world with its launches. The company's Mi Note Pro is going to come tomorrow, and it'll be featuring the Qualcomm Snapdragon 810 on board, amongst other things. 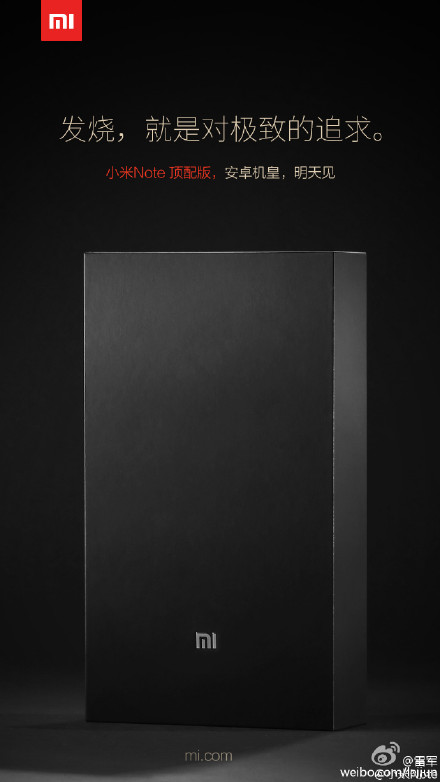 Looks like folks over at China aren't too bothered by the drama surrounding Qualcomm's top tier processor that has managed to damage the US chip maker's reputation quite a lot. Xiaomi's launching the Mi Note Pro tomorrow, and the device will come bearing specifications well worthy of any device falling in the flagship category. Aside from the Snapdragon 810, the Xiaomi Note Pro will also be coming with a 2K, 5.7 inch screen with a resolution of 2560 x 1440.

All of this will be supplemented by a 13 MP rear camera and a 4 MP front camera which should prove enough for most users. The Mi Note Pro will also feature 4 GB of RAM and 32 GB of internal storage. But folks looking for expandable storage through Micro SD are in for some disappointing news as Xiaomi seems to have no plans for storage expansion on the Mi Note Pro. The device will also be sporting a metal unibody design which should ensure a premium look on the device as well. But the real question here is how well will Xiaomi's decision to use the Snapdragon 810 on the Mi Note Pro pan out? HTC's been in some troubled waters because of the SoC, with LG and Samsung both choosing to opt out of the Snadpragon 810 train. Will Xiaomi fare any better? We'll find out soon enough for sure. Stay tuned and let us know what you think in the comments section.