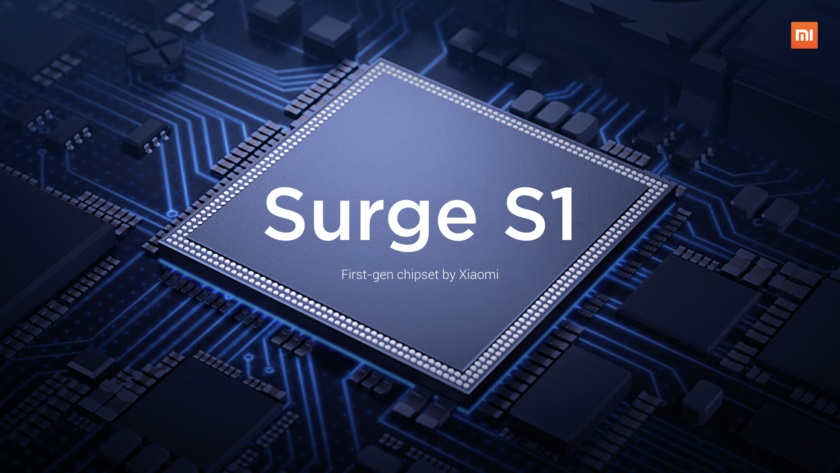 The smartphone industry is saturated at best, where we see more of the same phones being released by different manufacturers. Things are, of course, different when you talk about iPhones, but everything on the Android landscape is more or less the same—different phones releasing with the same hardware. However, Xiaomi seems like they are up to something else as they are currently teasing a new custom chip that could release as soon as next week.

Xiaomi has decided to take things to Weibo and published a new post that hints at a "self-developed chip" at least; that is what translation has gotten us. However, several similar posts by Xiaomi executives have been mentioning terms such as "surged" or "surging," which could give us some hint at what the name of the device is going to be like.

One of the instances of such a post can be seen below. 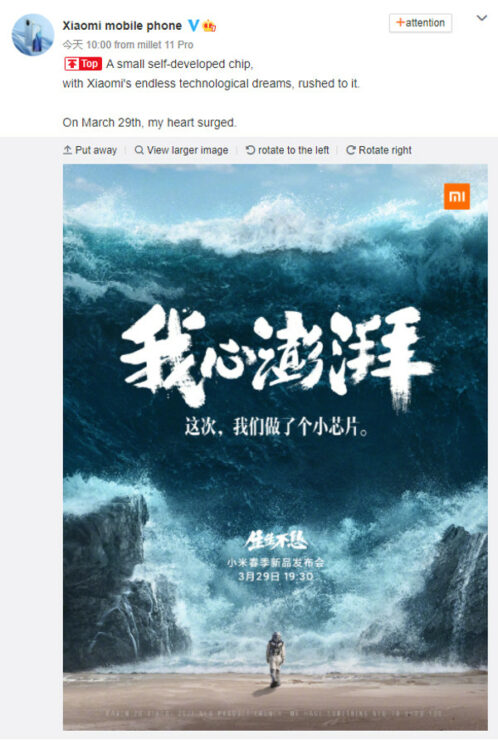 For those who are not aware, this will not be the first in-house chip by Xiaomi. As a matter of fact, the first custom chip by the manufacturer dates back to 2017, and it was called the Surge S1. However, it did not make a lot f appearance, as used in the budget Xiaomi Mi 5C. So, you could think that the new Surge chip will be a full-fledged smartphone chip, but we have to take into account that developing an SoC in-house is a complex task that requires a lot of investment, and well, time as well.

Even the industry leaders such as Huawei, Apple, and Samsung have taken years to develop their fully in-house chips, and even these companies did not succeed in the first go. So, we are not sure how the new Surge chip by Xiaomi will be fair in the market that is already extremely saturated.

That is not to say that Xiaomi is not innovative or properly equipped to make this happen. The company recently announced a liquid lens technology that can work as a telephoto and a macro lens and is comparatively smaller than traditional smartphone lenses. That lens is said to debut in the Mi Mix, and chances are that the new Surge chip might also show up in the new Xiaomi smartphone that is coming.