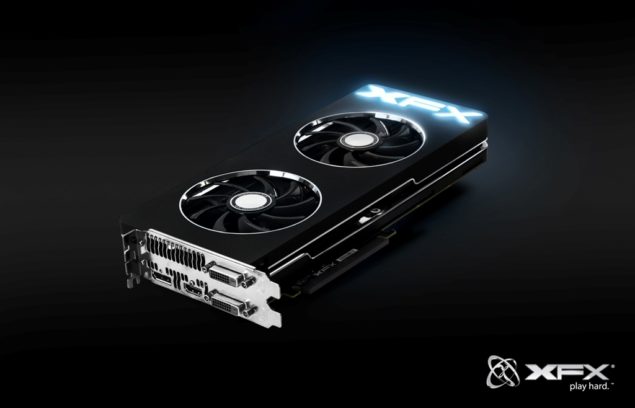 Several AMD manufacturers have started unveiling their custom creations of the AMD Radeon R9 290X and Radeon R9 290 graphic cards after a long wait of one month. XFX hit this market with their own flagship Double dissipation design scheme which has looked and performed well on the Radeon R9 280X, Radeon R9 270X and several entry level graphic cards.

The Double Dissipation cooler is now tasked to cool AMD's flagship Hawaii chip lying beneath the hood of the Radeon R9 290X and Radeon R9 290 graphic cards. As we all know, the Radeon R9 290X features 2816 Stream processors, 176 TMUs and 64 ROPs along with a 4 GB GDDR5 VRAM running along a 512-bit memory interface. The XFX Radeon R9 290X is clocked at 1000 MHz for the core and 5000 MHz effective clock for the memory. Power is provided through an 8+6 Pin configuration while display outputs include Dual-Link DVI, HDMI and a Display port.

The XFX Radeon R9 290 Double Dissipation on the other hand features the Hawaii Pro core with 2560 Stream processors, 160 TMUs, 64 ROPs, a 4 GB GDDR5 memory and a 512-bit bus interface. The clocks are maintained at 947 MHz for the core and 5000 MHz effective clock for the memory. Power is provided through an 8+6 Pin configuration while display outputs include Dual-Link DVI, HDMI and a Display port.

Its disappointing that XFX cards didn't feature any factory overclocks regardeless of the powerful cooler they feature but that means the task is carried over to enthusiasts and overclockers to put the XFX Radeon R9 290X and Radeon R9 290 Double Dissipation to the test. The Double Dissipation cooler is attached with a illuminated XFX logo at the back of the shroud which looks incredibly sexy, the cooler itself is a beauty with a aluminum fin array heatsink with several heatpipes sustaining massive amounts of heat from the core, memory and power area. Its not known to what extent is the PCB custom designed but it won't remain a mystery since reviews of the card are expected to hit shortly. 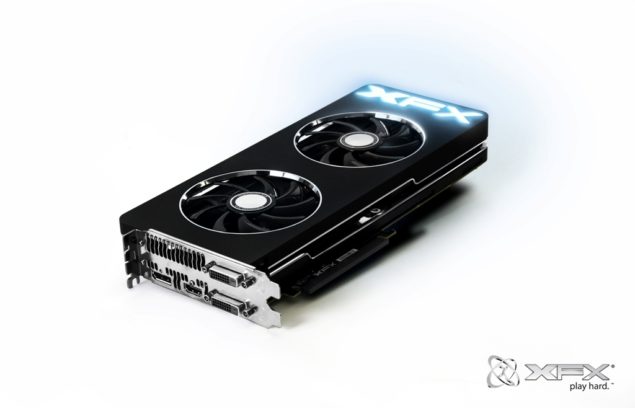 Both the XFX Radeon R9 290X and Radeon R9 290 would be priced a bit higher over the reference prices of the cards so we are looking at a $30-$50 premium asking price for the Double dissipation series. We will let you know the exact details when information is available.

Update - Fudzilla has confirmed that the XFX logo indeed glows up when the card is operational plus they have more details to share: 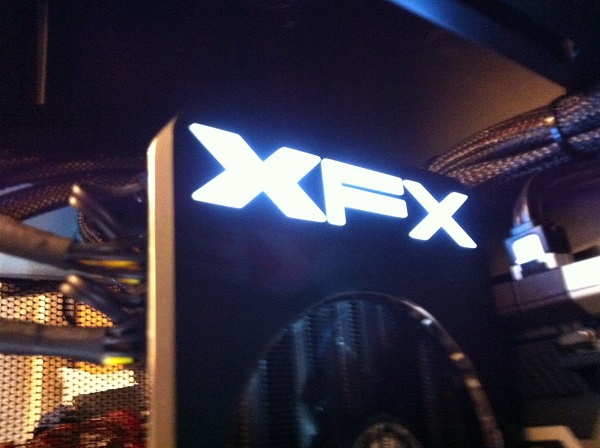 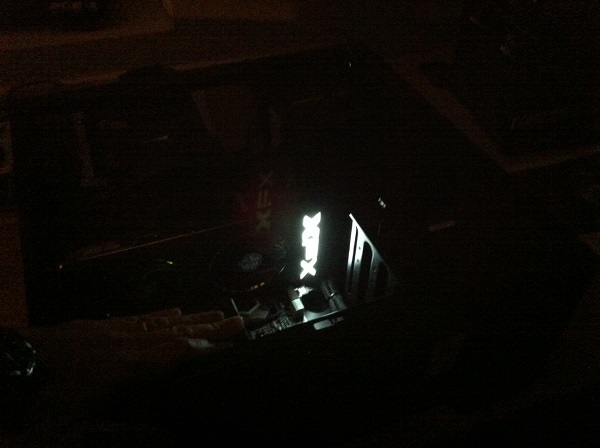 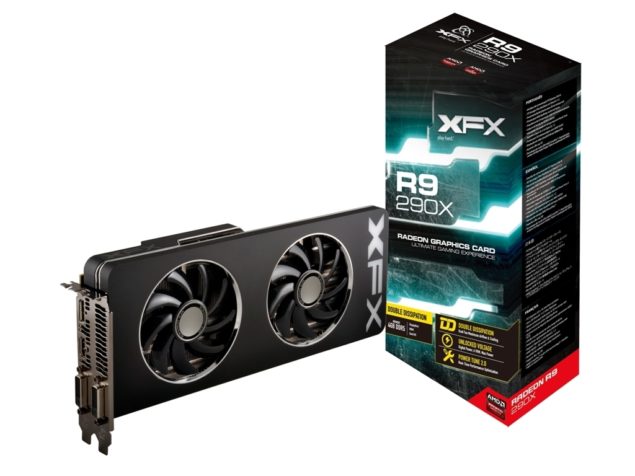 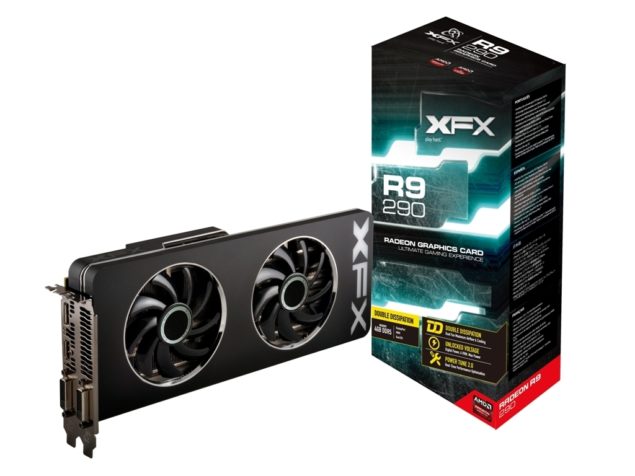 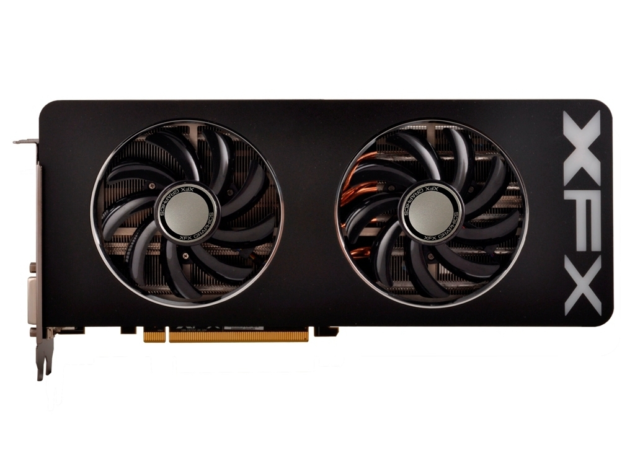 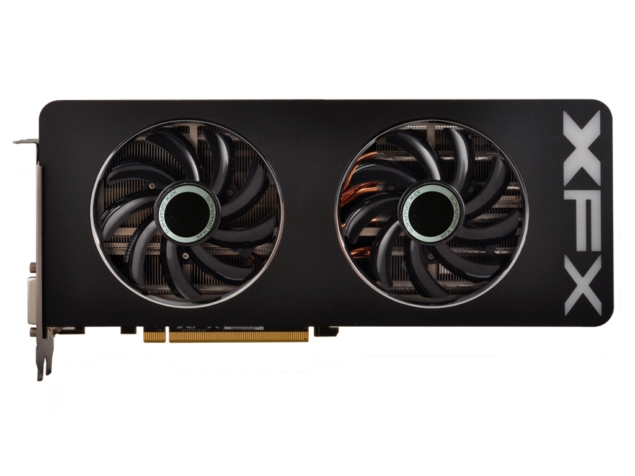