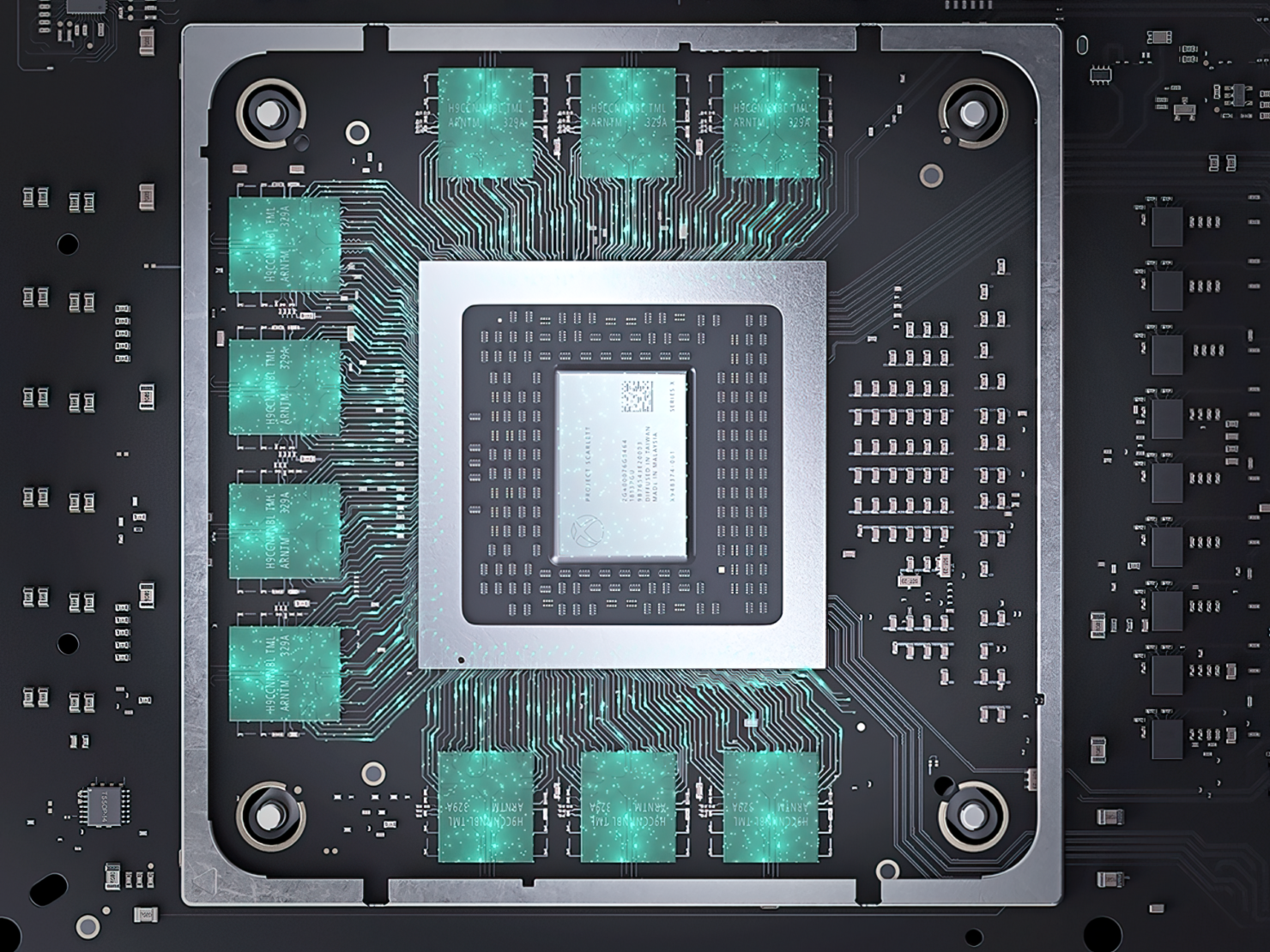 GamersNexus has confirmed within a teardown video that the Xbox Series X Devkits feature 40 GB of GDDR6 memory onboard the motherboard.

In the tear-down, you can see Steve Burke being shocked by the fact that the Xbox Series X features 10 GDDR6 memory chips on the back and also 10 on the front. These specific dies are labeled as the 'K4ZAF325BM-HC14' SKU, offering 16 Gb (2 GB) capacity per die and memory speeds of up to 14 Gbps. These memory chips are running across a 320-bit bus interface and offer a bandwidth of up to 560 GB/s. That's the same bandwidth as the Xbox Series X but split across all memory dies rather than using a segmented approach as the retail unit.

Now the primary reason for having such huge pools of memory onboard the Xbox Series X devkit are kind of obvious. They are designed for developers and a 40 GB GDDR6 buffer can help debug the game with uncompressed textures while it's still unoptimized. It's a comically large memory buffer for anything aside from developer use. The current flagship gaming desktop graphics card ships with a 24 GB GDDR6 memory capacity so the XSX Devkit offers 66% memory of that. Only a workstation card such as the RTX A6000 offers a similar amount of memory at 48 GB GDDR6 & that thing costs a fortune (around $5000 US).

Besides the huge memory pool, some other interesting parts of the Xbox Series X Devkit teardown are its cooling design. The enclosure which looks similar to the Xbox One console features a large blower-style and a smaller blow-type cooler that directs air out of the chassis. The larger blower sits on top of a large heatsink that covers the Xbox Series X 'Project Scarlett' SOC. It includes a copper block that's composed of aluminum fins and copper heat pipes. The whole block is one large vapor chamber and has padded surfaces that make contact with the GDDR6 memory dies.

Unfortunately, these specifications and design are only limited to Microsoft's Xbox Series X devkits and even if you are able to snag one off of online listings, you won't be able to play any games on it because of the system will immediately lock you out.