The Xbox Series X and Series S will be able to run backward compatible games with enhanced graphics and performance, and among the titles that will run better on the new consoles will be Fallout 4.

With a new post on the Official Xbox website, it has been confirmed that Fallout 4 will run at 60 FPS  on the Xbox Series S. This is thanks to new methods developed by the backward compatibility team to double the framerates of select games.

Many improvements are the result of the custom designed processor that allows compatible games to play and leverage the increased CPU, GPU and memory from the new consoles. In addition however, the backward compatibility team has developed new methods for effectively doubling the framerate on select titles. While not applicable for many titles due to the game’s original physics or animations, these new techniques the team has developed can push game engines to render more quickly for a buttery smooth experience beyond what the original game might have delivered due to the capabilities of the hardware. Fallout 4 framerate, shown below, is effectively doubled from 30fps to 60fps on Xbox Series S, delivering a new way to preserve and enjoy this legendary title.

With Xbox Series X and Series S we are introducing a new feature named Auto HDR. Auto HDR automatically adds HDR enhancements to games which only shipped with SDR. Auto HDR enhances the visual quality of an SDR game without changing the original artistic intent of the game. Auto HDR is implemented by the system so developers don’t have to do any work to take advantage of this feature. Also, since Auto HDR is enabled by the console’s hardware, there is absolutely no performance cost to the CPU, GPU or memory and there is no additional latency added ensuring you receive the ultimate gaming experience. 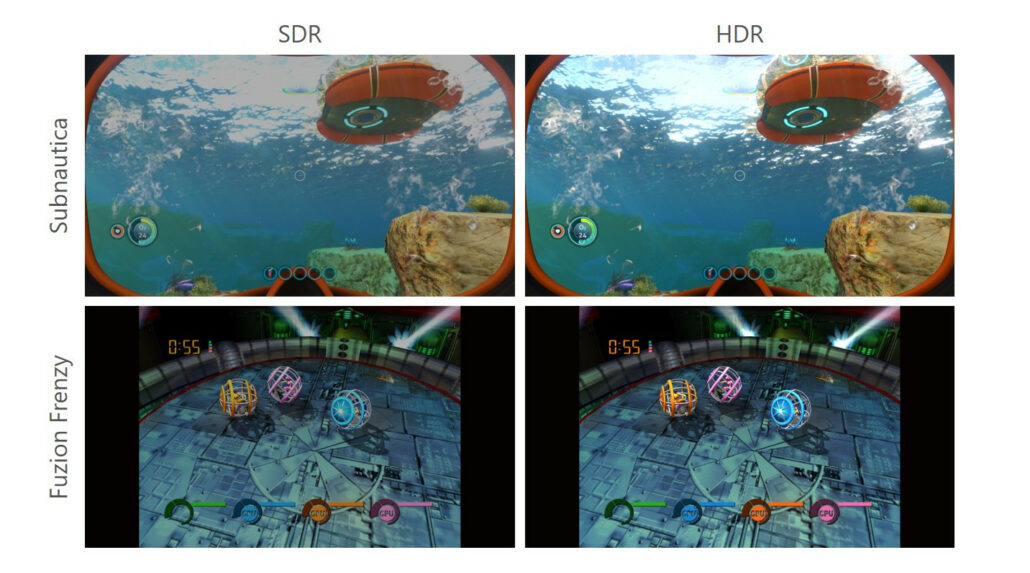