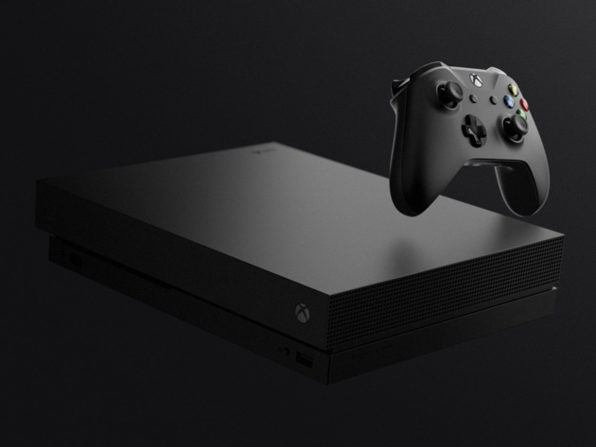 Xbox fans roam this planet and they love its features. With the Xbox One X being released soon, we can expect that every fan would love to get their hands on it. Whoever gets hold of it, will be the coolest kid (even adult) on the block. So do you want to be the one? Do you want to be known for your amazing console and become the talk of the town? Sounds shallow but come on let’s admit it. Becoming famous for your amazing console in kind of cool. So you up for it or are you scared of its very humble price tag (Sarcasm intended). Well no need to worry we have a solution to this problem. Wccftech deals is offering an Xbox One X giveaway for all the fans who want it.

Xbox One X giveaway is worth it

Microsoft has made clear that the Xbox One X will be the most powerful console on the planet. It has amazing features and comes with an octa-core CPU that is overclocked at 2.3GHz, 12GB of GDDR5 memory and a GPU with 40 compute units and 6 Teraflops of power. These features will allow the console to run games in 4K resolution and HDR. The console will be able to do all this maintaining 60 frames per second in the first party-tiles.

Microsoft has also allowed our hopes to rise by saying that the new hardware will be able to run VR headsets at speeds that will allow lag-free gaming. Now we all know how VR is taking all over the world and how we expect VR to exist in all the upcoming technologies. Well we can all agree on the fact that the new Xbox has everyone on their toes and we can’t wait to get our hands on it to experience the new gaming console. The question that remains is that how many of us would be willing to spend so many dollars on a console if we don’t have enough money. I know I wouldn’t buy it. So what do we do now.

The simplest thing we can offer you is that you enter this Xbox One X giveaway and get a chance to get the console as soon as it is released? Will it take effort to do so? No. The process is pretty simple and definitely worth it if you want Xbox One X giveaway. So you better hurry up because the time is short and the deal is definitely worth it! Visit our giveaway section for more details on similar deals. Happy shopping!