Xbox One OS Update Makes it Easier to Connect with Recent Players, Update Games, and More

Microsoft has dropped its latest Xbox One firmware update, and it includes a variety of handy-dandy improvements. Key features include Mixer being integrated directly into the dashboard, additional ways to connect with recent online opponents, faster, more seamless game updates, and new options for capturing screenshots and footage. While none of these additions are going to turn the Xbox One user experience upside down, they are nice quality-of-life improvements.

Here’s a full rundown of everything included in the Xbox One October 2019 update: 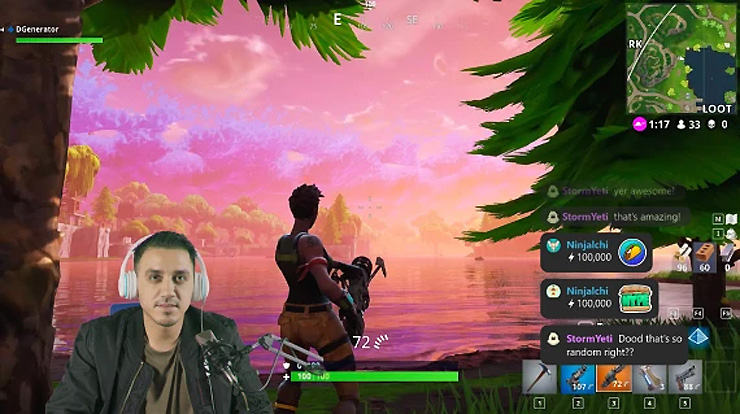 Mixer is integrating even further into the Xbox One experience with the October update. We’ve built a full Mixer viewing experience right into the dashboard with a focus on speed and simplicity. Viewers will no longer have to navigate to a separate app to enjoy Mixer streams, so getting to the content you want to watch has never been easier! Simply click the stream you’d like to watch to seamlessly start watching. 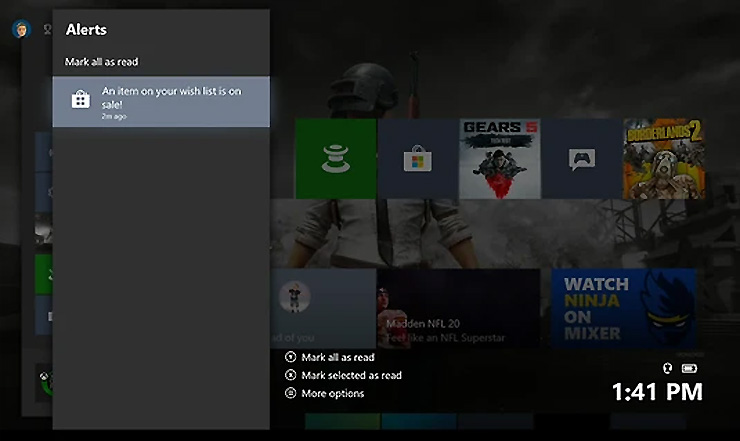 We’re excited to see everyone enjoying the Wish List feature on the Microsoft Store! The October 2019 Xbox Update enhances this feature with notifications to alert you when an item in your Wish List has a price discount. The new Wish List notifications will make sure you never miss a great deal on games you want. Check out and update your current Wish List here.

You can now recommend a game from Xbox Game Pass for Console directly to your friend via a message or to your whole community via your activity feed or share to a club. Your friends will be able to easily get to the page for the games you recommend and can start downloading right away if they are an Xbox Game Pass member.

Thanks to your feedback, we’ve made significant improvements to the Recent Players experience, making the service more reliable and allowing you to connect with the gamers you play with instantly. We understand the popularity of this feature and know it can be especially helpful with large-scale multiplayer games. You can now more quickly and easily engage with your Recent Players, whether you are sending a message, inviting players to a party, or adding them to your Friends List.

Players can jump into their favorite games even faster with the October update. We’ve added improvements to automatic game updates, significantly reducing when you encounter the “update required” screen when launching a title.

Later this month, you may notice the Events app installed on your console. With Events, we will be introducing new ways for gamers to discover and be reminded of events happening within your favorite Xbox games or gaming communities such as a start of a new season or in-game holiday events. We’ll have more to share soon about how we plan to evolve this feature, so stay tuned for future announcements.

The “Allow game captures” setting now has multiple options, giving you more control over your game capture experience. Previously, game capture could either be enabled or disabled in Settings, with certain games automatically recording memorable moments when this feature was enabled. With the October update, you may now select between “Captures by me,” “Captures by me or games,” or “Don’t capture” settings, providing you more choice over how you build your highlight reel.

In addition to the above, some people may also see an experimental update we are making to improve the Capture & Share experience. The renamed “Capture & Share” Guide tab aims to improve usability by elevating your three capture options, “Record what happened,” “Start recording,” and “Capture screenshot,” to the top of the screen as well as allowing you to quickly revisit your last capture. When you’re ready to share, the following “Share to” menu has also been updated to focus more on what you want to do with your content – quickly and easily share it with your friends, the world via Twitter or your Xbox Activity Feed, or save it in your collection for safekeeping.

The October update should be available right now for all Xbox One owners to download. Microsoft is promising additional Xbox One features are coming soon, so expect probably one more OS update before the end of the year.