Digital games have their benefits, but they can make the holiday season a bit of a headache. What do you give the player who’s shunned discs, cartridges, and plastic boxes in favor of downloading everything? You could buy them an Xbox or PlayStation Store gift card, but that doesn’t show a lot of thought. What if you want to give somebody a specific digital game? You’ve been able to do that on Steam for a while, but it hasn’t been an option on consoles.

That’s about to change for Xbox One owners. Earlier this year, Microsoft promised digital game gifting was coming to Xbox One, although we haven’t heard a lot about the feature since. Well, Microsoft has yet to make an official announcement, but it seems they’ve slipped game gifting into the latest Xbox Insider Program update. Windows Central has tested the new feature and reports it’s working smoothly.

If you’re signed up to Microsoft’s preview program, you should now find “Buy as gift” right next to the usual purchase button. Once you’ve bought the game, you can send it to an email address or Xbox Live Gamertag and attach a personalized message. The gift recipient will get a 25-digit code they can redeem to any Xbox account they want. Easy peasy! 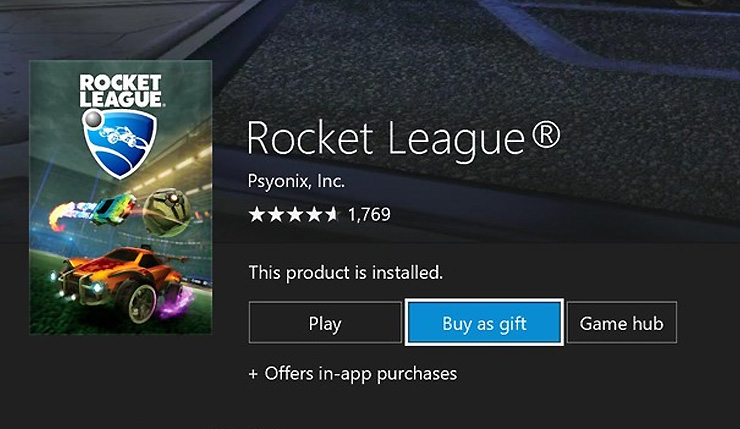 We don’t yet know when game gifting will roll out to all Xbox One owners, but it will likely be a part of the system’s next big firmware update, which is expected to arrive before the launch of the Xbox One X on November 7. As for PlayStation 4 owners, Sony sadly hasn’t made any indication game gifting is coming to their platform anytime soon.

Are you the generous type? Do you think you’ll take advantage of Xbox One game gifting? Discuss the new feature in the comments below.