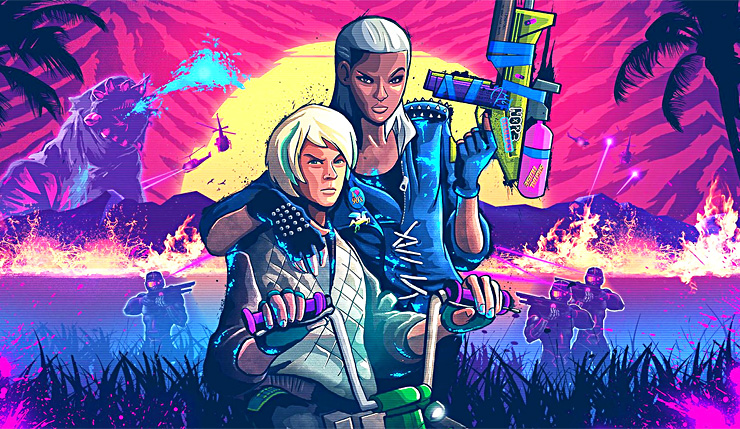 Microsoft has revealed their March 2018 Xbox Live Games With Gold lineup, which includes your standard two Xbox One games and two Xbox 360 games. Of course, the Xbox 360 games can be played on Xbox One via backward compatibility. Next month’s selection includes the radical 80s-themed stunt challenge Trials of the Blood Dragon, slick indie shooter Superhot, well-reviewed puzzle-platformer Quantum Conundrum, and, uh, a six-year-old licensed Brave game? Sure, okay.

Trials of the Blood Dragon

Trials meets Far Cry 3: Blood Dragon and it’s not all about the bikes anymore! There’s running, shooting, swinging, tanks, jetpacks and BMXs to play with. Fully animated cut-scenes provide the humor and weapons deliver the boom. Power your way through 30 missions across seven different worlds and try to unlock the Ominous Locked Safe by following the cryptic clues along the way.

Play this award-winning FPS originally conceived at a 7-day FPS Game Jam. After thousands of hours of design and development, the result is this wildly popular, innovative, and constantly changing masterpiece. In a new twist on the genre, time stands still if you do. You can’t just run and gun your way out of this one! Do you have the skill to plan your moves, dodge bullets, and win the battle?

The rugged landscape of mythic Scotland beckons you in Brave: The Video Game. Battle your way past fierce enemies as Merida, honing your combat skills and working to break a magical curse. Join other characters from the movie and save a desperate kingdom!

Harness the power of the Fluffy, Heavy, Slow, and Reverse Gravity dimensions to solve a variety of FPS puzzles in Quantum Conundrum. As the nephew of your wild scientist of an uncle, take control of the Interdimensional Shift Device in his mansion of madness! You’ll need your wits and all your ingenuity to work your way through these puzzles if you hope to rescue him (and survive).

Brave: The Video Game will be available from March 1 to 15, Superhot and Quantum Conundrum will be available on March 16, and Trials of the Blood Dragon can be downloaded all month long. As always, once you download a Games With Gold title, you’ll have permanent access to it, so long as you still have an active Xbox Live Gold membership.

No big triple-A options this month, but Superhot and Trials of the Blood Dragon are both definitely worth your time. Anything strike your fancy this month?