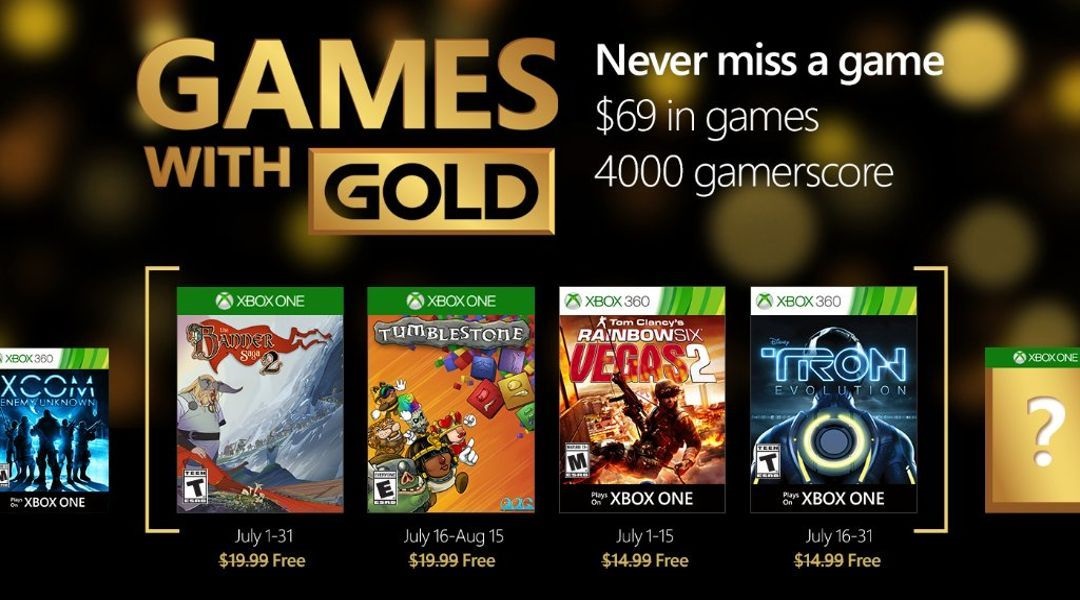 With only a couple of days left before another month goes by this year, Microsoft has revealed the Games with Gold titles that will be made available to players in July 2016. The line-up, similar to that in previous months, includes four games in total; two titles for eighth generation Xbox One console and two for last-gen Xbox 360, both of which will be playable on Xbox One as well with backward compatibility feature.

One of the two games available next month with Games with Gold on Xbox One is The Banner Saga 2, a tactical role-playing game that launched in April on Microsoft Windows and Mac, and was excepted to arrive on consoles on July 26. The game will now come to Xbox Live first and will be available to Gold users free of cost for a month (costs $19.99 normally) before launching on PlayStation 4 on July 5, according to publisher Versus Evil.

As for Xbox 360, players will be able to get their hands on Tom Clancy’s Rainbow Six Vegas 2 and Tron: Evolution free of cost. Of course, as per the status quo, each Xbox One Games with Gold title will be available for download by Xbox Live Gold members for a full month, while Xbox 360 games will each get only fifteen days free download time.

As for PlayStation players, Sony has yet to announce June PlayStation Plus free game lineup. There’s still a couple of days before the new Games with Gold titles will go live, until then, you can check out the newest lineup of Xbox Live weekly Deals with Gold offers here.