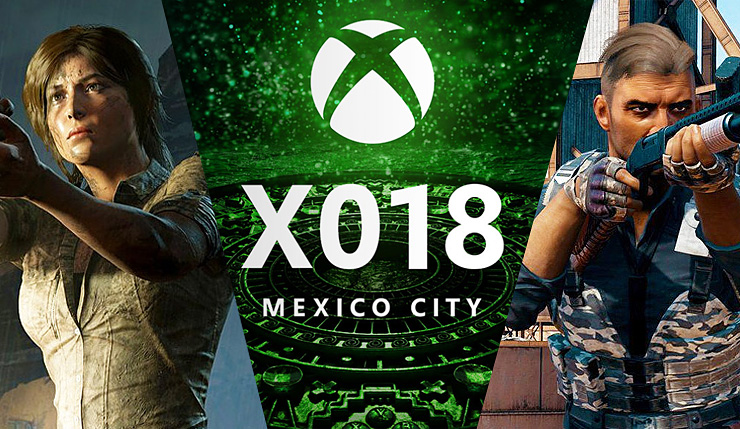 Microsoft will be kicking off X018 later this week in Mexico City, and the company has started teasing some of what fans can expect from the event. For those just hearing about it, X018 is an Xbox celebration and fanfest, which sounds pretty similar to Sony’s PlayStation Experience events (which, by the way, won’t be happening this year). Microsoft is promising X018 will include plenty of announcements, and the biggest Inside Xbox show ever…

What kind of announcements exactly? Well, today Microsoft got a little more specific, promising news on PUBG, Shadow of the Tomb Raider, and State of Decay 2.

Tune in to #X018 at 3 PM CT November 10 for:
?Big #PUBG news
?The Forge expansion for Shadow of the #TombRaider
?#StateofDecay2 updates
?And more exclusive lookshttps://t.co/II5cAODlxn pic.twitter.com/7P0csGpVba

It will be interesting to see what the PUBG announcement might be – the Xbox One version of the game is now mostly caught up with the PC version in terms of major features, so maybe something all-new will be revealed? A new map perhaps? I also wonder what kind of surprises we might see out of X018. Could one Microsoft’s newly-acquired first-party studios announce something? Oh, and let's not forget, Microsoft has also promised they'll be revealing more Xbox Game Pass titles at the event!

X018 will run from November 10 – 11, with coverage streaming on Mixer all day. The big Inside Xbox show takes place on Saturday from 3 to 5pm central time, and can be watched on the regular platforms (YouTube, Twitch, Mixer).

What do you think? Looking forward to X018? Microsoft certainly took E3 by storm this year, so maybe they can surprise people yet again.