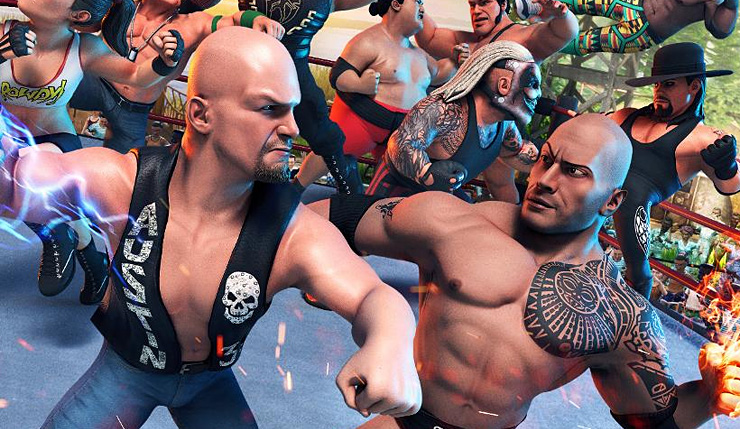 There won’t be a WWE 2K21 this year, but wrasslin’ fans are getting WWE 2K Battlegrounds, a new arcade title from the workhorses at Saber Interactive. Our first tease of the game wasn’t that exciting, but the we now have a new trailer, and it looks like Battlegrounds is shaping up into something charmingly goofy at the very least. We see Daniel Bryan leap into the ring from a helicopter, Roman Reins attack Stone Cold Steve Austin with a motorcycle, and a…luchador goat? Uh, I’m sure it makes sense in context. Check out the trailer for yourself, below.

The game will also include in the following modes, including a full campaign:

WWE 2K Battlegrounds will cost $40, although this is a 2K Sports game, so there will be microtransactions. Players will be able to buy “Golden Bucks” with real money, which can be used to unlock cosmetics and wrestlers. It’s unknown whether you can earn Golden Bucks in-game or if certain Superstars need to be unlocked using the currency.

WWE 2K Battlegrounds pre-orders are open now, and all those who reserve the game get Edge at launch. You can also grab the Digital Deluxe Edition for $50, which includes special versions of Stone Cold Steve Austin, The Rock, and Ronda Rousey unlocked right from the get go, as well as 1100 Golden Bucks.