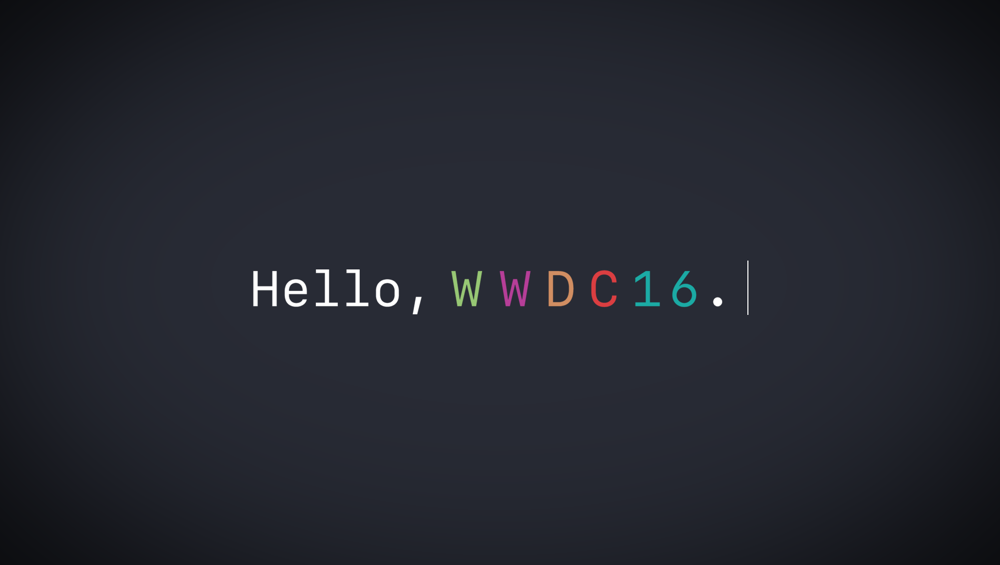 Apple will live stream WWDC 2016 event on June 13th. We'll explain in detail how you can watch the opening keynote right from home.

In typical fashion, Apple will be live streaming its big opening WWDC 2016 keynote on its website for the whole world to see, and unveil live what its plans are pertaining to the future of mobile, desktop, TV, and of course, wearables. The opening keynote will kick off on the 13th of June, starting 10am PDT.

The live stream of WWDC 2016 will be available directly on Apple's website, so click here to jump straight to it and of course, bookmark. And apart from the website itself, which requires you to have Safari 6.0.5 or later installed with OS X 10.8.5, or a PC with Microsoft Edge running Windows 10, the event will be streamed on other devices as well.

If you're in the ownership of an iPhone, iPad, iPod touch running iOS 7 or later, then you too can jump into the action right from mobile Safari, using the same link which is posted above. Furthermore, Apple TV users will be able to live stream the event as well, and you must be rocking an Apple TV 2nd or 3rd generation running firmware version 6.2 or later, or Apple TV 4 running tvOS (any version) to get into the action.

If you're seeking a personal advice, then we highly recommend you take the Web browser or Apple TV route to watch the keynote, ensuring you get the best of Apple on the big screen. Lastly, we highly recommend that you add the WWDC 2016 keynote event straight to your calendar so that you do not miss the big day on June 13th.

If you do not have Windows 10 installed or are an Android user, then you too can watch the WWDC 2016 live stream. Simply install VLC (Android / Windows) and launch it. On your Windows PC open up the 'Media' tab and then click on 'Open Network Stream.' Android users can simply bring to view the hamburger menu and then tap on 'Stream.' Simply add this link as is:

Once the event goes live, you can stream the entire thing on your non-Windows 10 or Android device like a boss.

Apple is expected to announce iOS 10, OS X 10.12, watchOS 3, tvOS 10 and a few other things on the software spectrum at the opening keynote. It remains to be seen how many surprises Apple will slip under the radar this time around, but given how much focus Apple has laid down to the evolutionary end of the tunnel last year, it's quite likely we'll see some major announcements this time around.

Stay tuned to our coverage on June 13th!