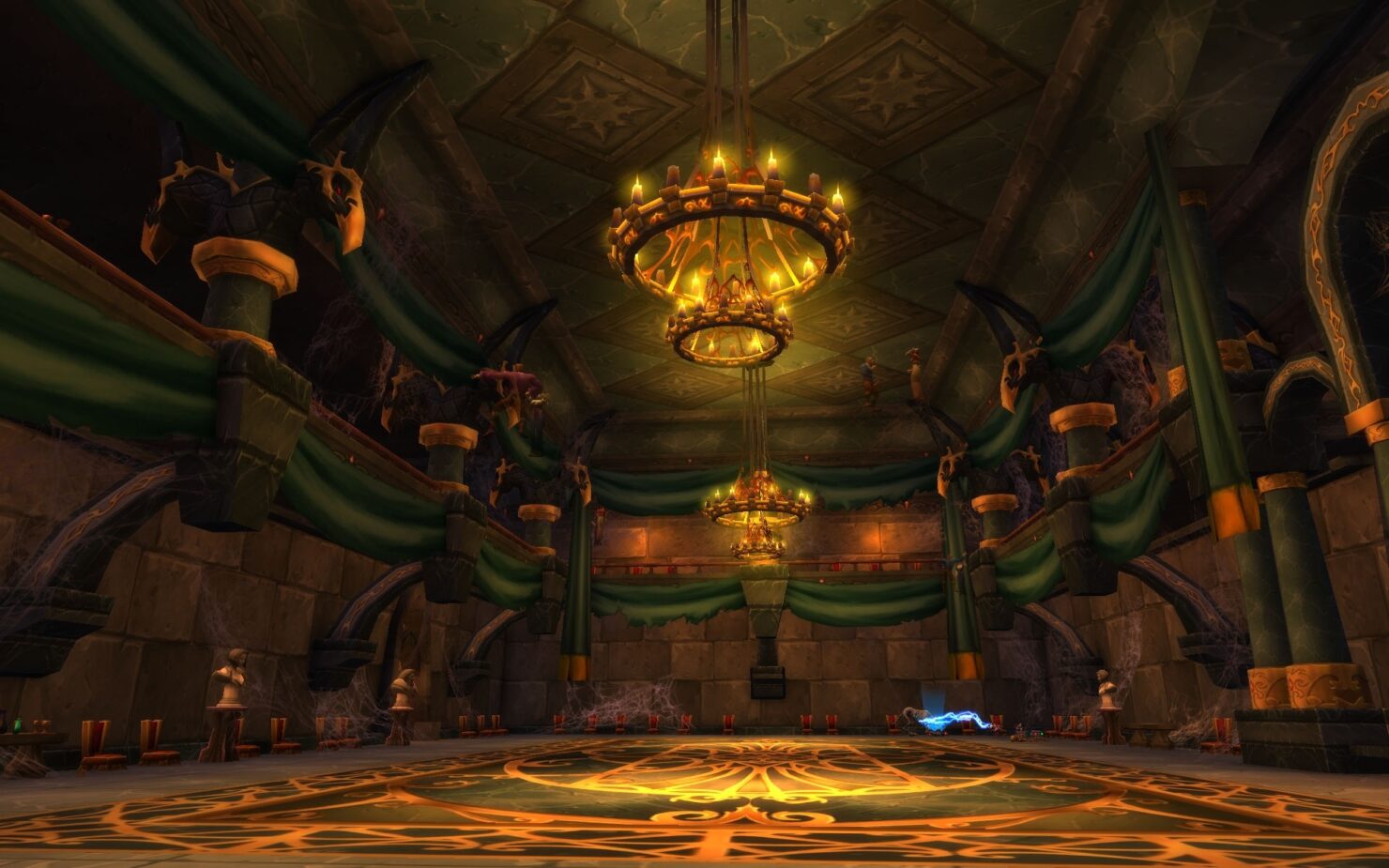 The new Karazhan dungeon reintroduced with World of Warcraft: Legion patch 7.1 is now open for testing on the PTR, and website Wowhead has provided a preview.

As covered earlier, Blizzard has opened up the new 5-man dungeon for testing purposes on the PTR. The guys over at Wowhead cleared the dungeon and have provided a short preview alongside a set of screenshots of the “new” Karazhan. If you’re interested in additional details about the upcoming 7.1 patch for Legion, check out this post.

All 9 bosses featured in the original TBC Karazhan raid will make their comeback in Legion patch 7.1. So expect to battle Attumen the Huntsman, Shade of Medivh, The Curator, Moroes, Maiden of Virtue and others, once more. The new Karazhan will be accessible via a newly created side-entrance in Deadwind Pass. Unlike the TBC raid, “Return to Karazhan” will only be available on Mythic difficulty. Both TBC Karazhan and Legion Karazhan will be accessible at the same time.

According to Wowhead, familiar parts from the original Karazhan will return with a twist--the dancers in the banquet hall float in the air, the Mana Devourer trash is now a difficult boss since you're shrunk down to its size, the chess event is topsy-turvy. Some parts of Karazhan are even upside-down.

While progressing through the dungeon, players will see  small cutscenes from Medivh's past, including the final interaction with his father. Some of the quest items in the dungeon will point to pass Opera encounters, such as Negative Review, Little Red Cape, Positive Review, and Bouquet of Roses. Quests in the dungeon include “Master of the House” and “The Tower of Power”.

If you’re interested in detailed information about the bosses included in the new Karazhan dungeon, check out the Wowhead post. They have also listed some special items which can be obtained in the dungeon.

A release date for Legion patch 7.1 is currently unknown, but Blizzard has stated that they want to release the patch “soon”.