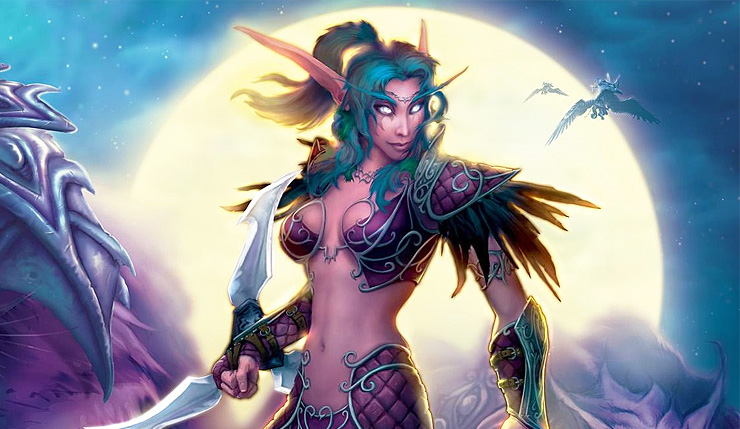 Today during the BlizzCon 2018 open ceremonies, Blizzard finally announced when nostalgic fans can delve into World of Warcraft Classic – the game will launch next summer. Even better, Blizzard also revealed anybody with an active WoW subscription will be able to download WoW Classic for free. Blizzard could get away with double-charging their hardcore fans, so this is a nice gesture.

For those who haven’t been keeping up, World of Warcraft Classic is a special version of Blizzard’s MMORPG that plays as it did back in 2004, before the game’s many updates and expansions. Blizzard has released a WoW Classic demo this weekend, which can be downloaded and played by anybody with a BlizzCon Virtual Ticket. You can get some more details on the WoW Classic demo, right here.

In other World of Warcraft news, Blizzard has also released a dramatic new Battle for Azeroth cinematic, entitled “Lost Honor.” We see Alliance leader King Anduin Wrynn confront the imprisoned orc warrior Varok Saurfang, and it seems like the two may be planning to form a new partnership. How will this alter the course of the Alliance/Horde conflict? We shall see. Check out the Lost Honor cinematic, below.

World of Warcraft: Battle for Azeroth’s next major content update, Tides of Vengeance, is currently being put through its paces on the Public Test Realm, and should be available to all, soon. You can get some additional info on the update here.

Finally, one more tidbit – Blizzard has revealed their annual WoW charity pet, Womper the baby yeti. If you buy Womper in game, or in physical plushie form, before December 31 all proceeds will go to Code.org, a non-profit that encourages girls and underrepresented minorities to get into programming and other STEM fields.