A look into World of Warcraft: Cataclysm, Twin Peaks.

World of Warcraft is one of the worlds highest rated and played MMORPG games currently available for the PC and MAC and their 4th expansion pack following The Wrath of the Lich King is called Cataclysm, Even though Blizzard hasn't given us a release date they are giving us time to time updates regarding the game this time we take a look in to the Twin Peaks which will be a new Battleground in the new expansion pack.

Twin Peaks pits the Wildhammer dwarves versus the Dragonmaw orcs. Like Warsong Gulch, Twin Peaks will be a 10 versus 10 capture the flag battleground, with the objective being which ever team is the first to capture the opponents flag three times earns a victory.

Located within the Twilight Highlands, the Twin Peaks remains a crucial point of high ground for staging effective and debilitating attacks against the black dragonflight and the Twilight's Hammer, who dominate this foreboding environment. And now, two previous occupants of the nearby city of Grim Batol vie once again for control of the peaks' defenses. The Wildhammer clan, architects and original owners of the once-great fortress city, maintains some operations in forested outposts of the highlands. The Wildhammers now call upon heroes of the Alliance to help claim the peaks and fend off the Dragonmaw orcs. The Dragonmaw clan, having spent years working to enslave red dragons, once again provides strategic importance to the Horde. As the Dragonmaw and Wildhammers fight for territory they once called home, the Alliance and Horde carry out the struggle to control the Twin Peaks.

Unlike Warsong Gulch, however, the battlefield is assymetrical and will offer many environmental challenges for players to overcome. A river runs through the grounds, and only offers a single bridge as a choke point. Special outposts are hidden along the sides of the battlegrounds, and terrain will offer various line-of-sight advantages for the hunter and the hunted. The Wildhammer Longhouse is surrounded by high cliffs that may endanger falling players, while the Dragonmaw Clan Compound is defended by deep water.

here are some very small yet okay quality screenshots of the battleground. 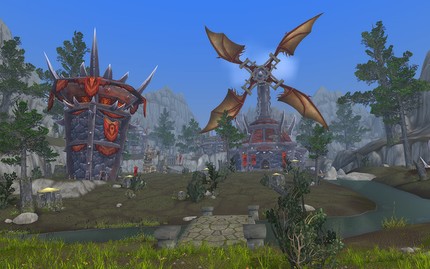 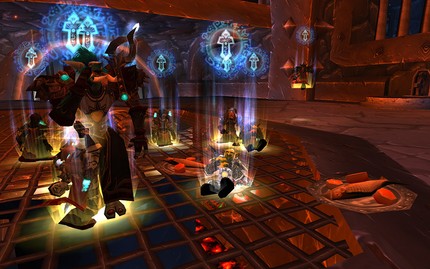 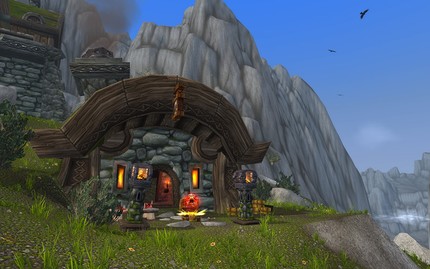 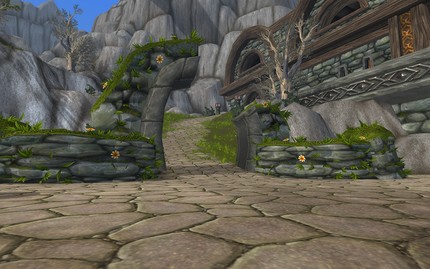 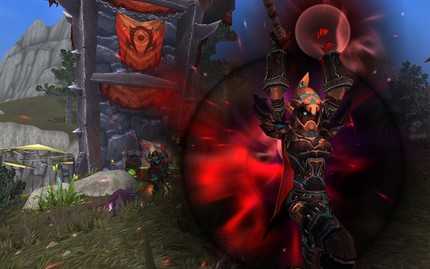 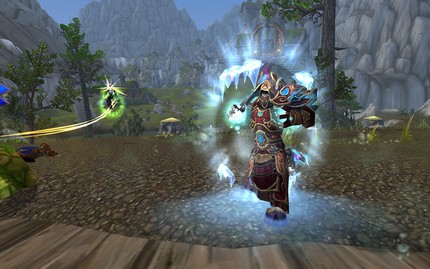 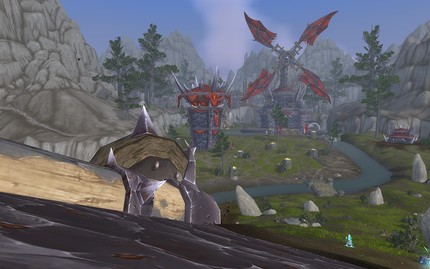 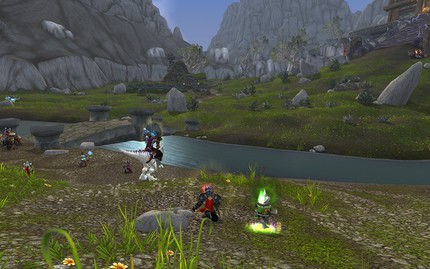 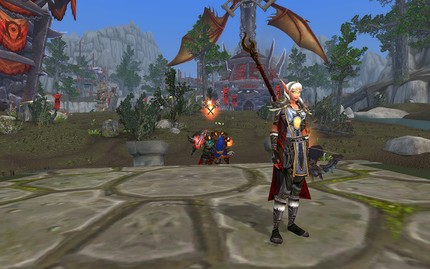