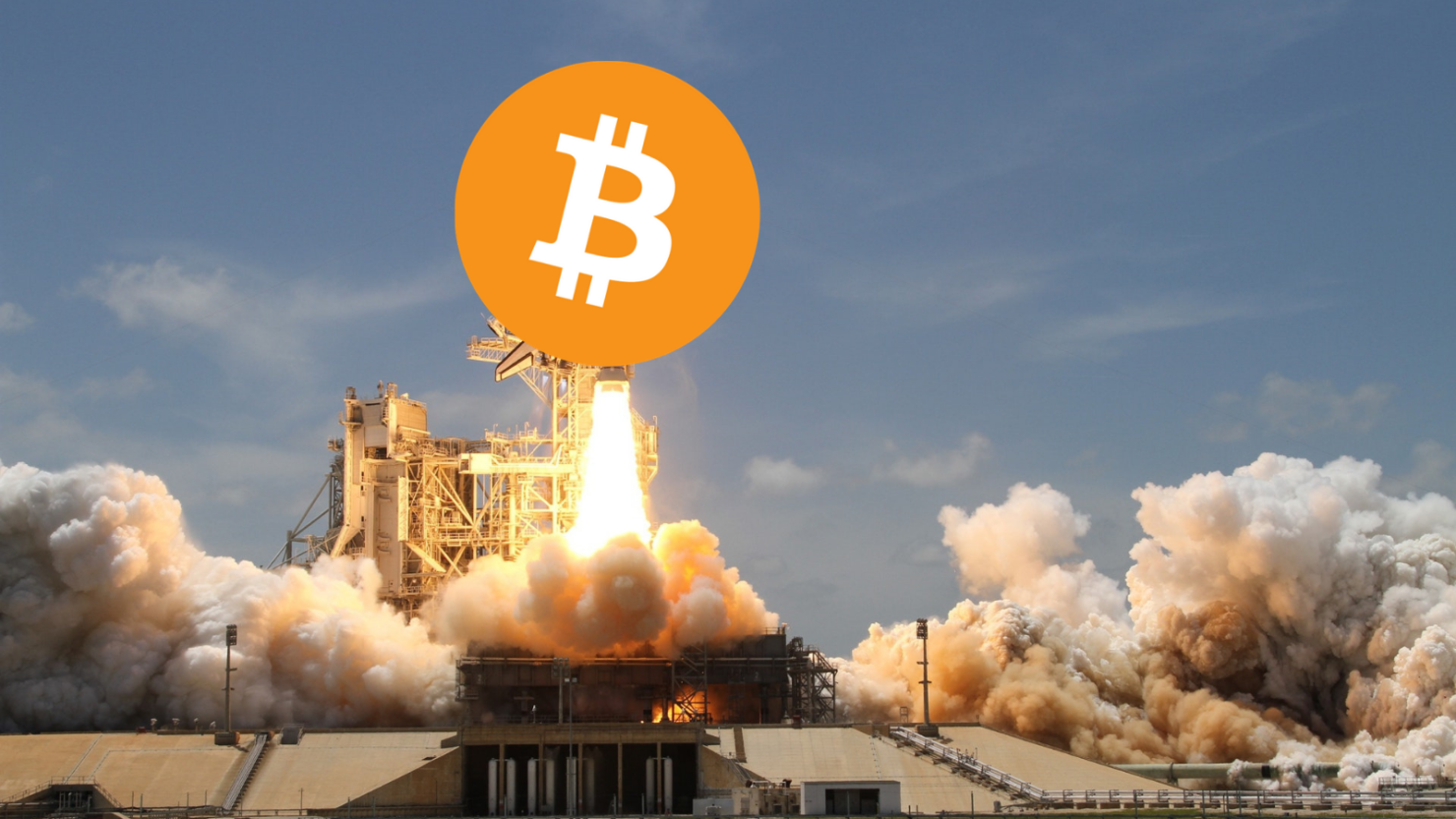 Bitcoin (BTC), the world’s most liquid and valuable cryptocurrency, is marching deeper into October with increased vigor ahead of a much-anticipated milestone.

With Bitcoin trading at $54,232 currently, the cryptocurrency is nearing its April 2021 zenith. Moreover, a confluence of several technical and fundamental factors suggests that this rally is far from losing its steam.

Yes, the SEC has kicked can on bitcoin ETF approval BUT that is for the physically-backed ones under '33 Act. The futures ETFs filed under the '40 Act (which Genz loves) are very much alive and likely on schedule (we think 75% chance approved in Oct). Here's our odds: https://t.co/cSZ8aDsITl pic.twitter.com/DUEvRANvO7

To wit, while the SEC is still dragging its feet on approving a physical Bitcoin ETF, the futures-based ProShares Bitcoin Strategy ETF currently has 2-1 odds of being approved on the 18th of October. As a refresher, futures are simply a contract between two parties to buy or sell a particular asset on a specified date and at a specific price. These contracts trade on a commodities exchange such as the Chicago Mercantile Exchange (CME). The contracts settle upon expiration but are often rolled over. In the same vein, an ETF is simply an investment vehicle that is listed on a stock exchange – hence, it bears a unique ticker symbol – and which tracks the price of an asset or a group of assets. Crucially, investors in an ETF do not own the underlying asset but still benefit from the two-way price action, given that an ETF can be shorted even if the underlying asset can’t be. A futures-based Bitcoin ETF would track the price of the underlying Bitcoin futures that are, for instance, traded on the CME.

So, why is a Bitcoin ETF such a big deal? Well, Bitcoin proponents have long called for a dedicated ETF as it would expand Bitcoin’s reach and influence in the financial world, attracting a host of new investors who are currently intimidated by the complex process of acquiring cryptocurrencies on unregulated exchanges. The ETF would also eliminate the need to securely store one’s Bitcoin stake in order to gain exposure to the cryptocurrency’s price performance. Nonetheless, readers should note that a futures-based Bitcoin ETF would not be able to precisely track the underlying price of the cryptocurrency, given the inherent structure of these derivatives.

On a related note, the Soros Fund Management has now confirmed that it owns "some coins, but not a lot," as per a Bloomberg interview of Dawn Fitzpatrick, the CEO and chief investment officer of the firm. This development again hammers home the crypto sphere's growing ubiquity among institutional investors.

On the technical front, Bitcoin experienced the second-largest liquidation of shorts since July on the 06th of October, amounting to at least $200 million. This quantum of liquidation was exceeded only in July when short positions worth $758 million were liquidated.

Moreover, the Bitcoin Long/Short ratio, which currently stands at 1.08, suggests that there is a definitive bullish skew regarding the cryptocurrency's prospects. 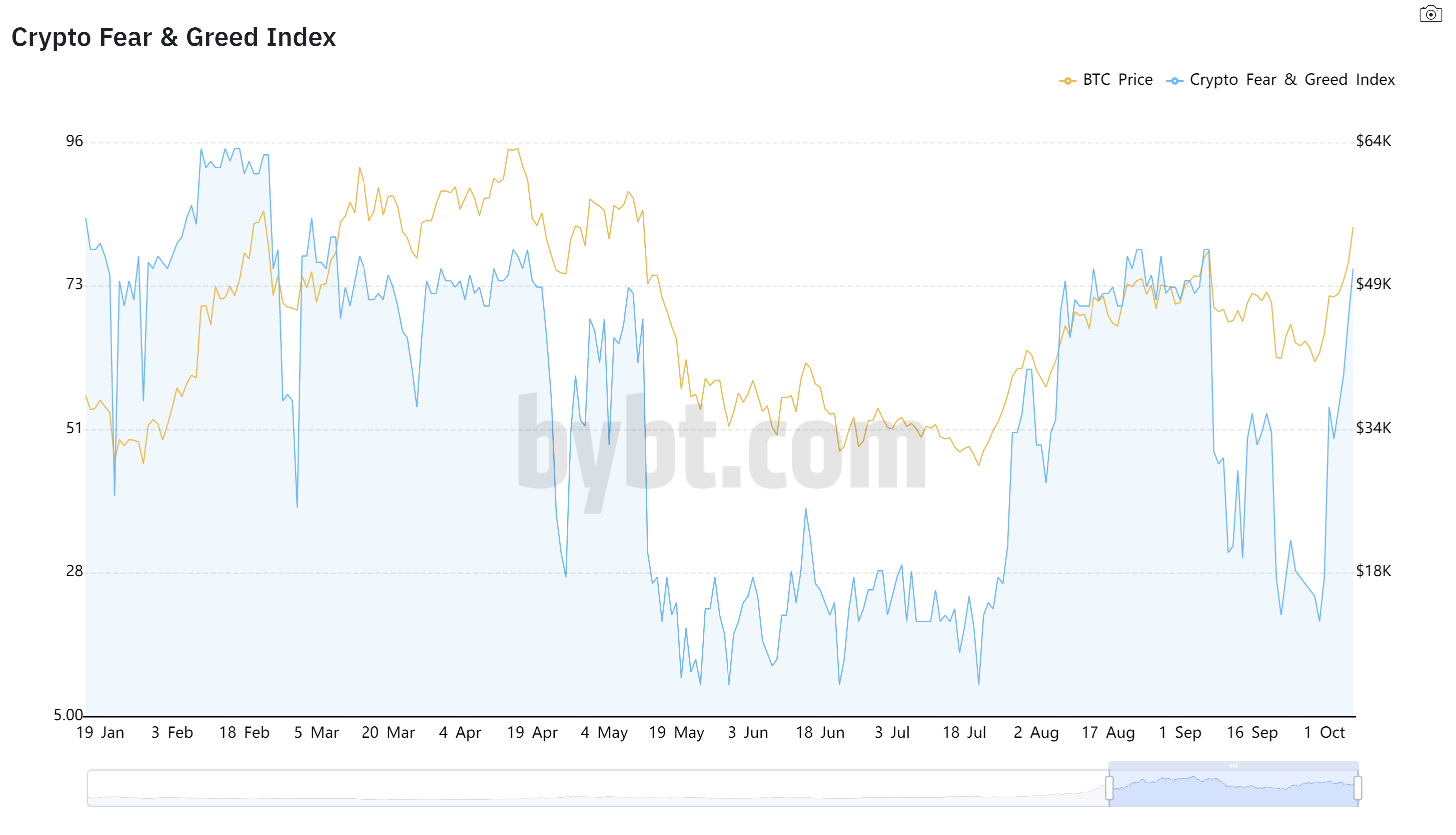 On a slightly worrying note though, the Crypto Fear and Greed Index is approaching overbought territory with a value of 76. This means that the current rally in the wider crypto sphere might be turning more sensitive to extraneous shocks.

Update: The SEC Has Approved an ETF That Provides Indirect Exposure to Bitcoin (BTC) and Other Cryptocurrencies

The US SEC has now officially approved the Volt Crypto Industry Revolution and Tech ETF (BTCR) for trading. While the ETF will not give a direct exposure to Bitcoin and other cryptocurrencies, at least 80 percent of its holdings will be in companies that derive a majority of their revenue from the crypto sphere. This development adds confidence to the prognosis that the SEC will eventually approve a Bitcoin ETF.