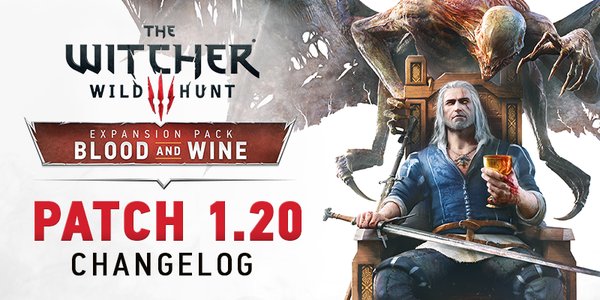 CD Projekt RED just shared the official changelog for The Witcher III 1.20 patch, which will be available shortly before the release of the Blood & Wine expansion (scheduled to launch on May 31 for PC, PlayStation 4 and Xbox One). Check out the latest trailer here, in case you missed it.