The Witcher Gwent Game Campaign Is An Extension of The Series Universe, Author Of Bloody Baron Quest Also Working On It 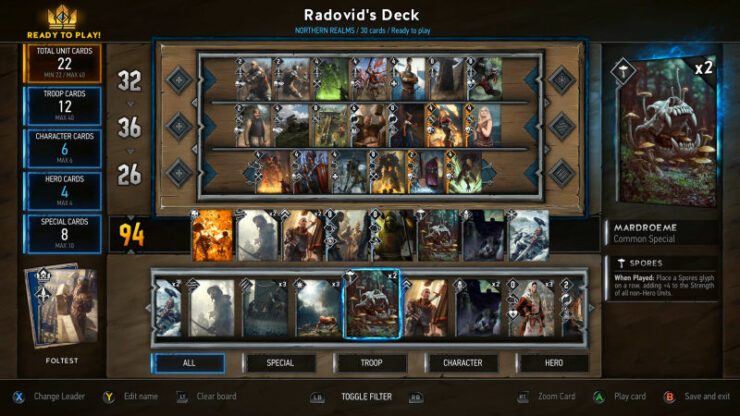 Fans of The Witcher 3's Gwent card game have been asking about a Gwent stand-alone game ever since the release of the successful role playing game, and CDPR has decided to grant their wish with the upcoming free to play Gwent game. The Witcher games, however, are known for their intricate and beautiful stories, and it seems like this new game will not be different from the main series.

Speaking to Kotaku during the E3 2015, CDPR narrative designer Mateusz Tomaszkiewicz revealed that the Gwent single player campaign is going to be much bigger than many anticipated, an extension of the series universe where players will get to meet many of series characters. Mateusz Tomaszkiewicz sees the game more like a strategy role playing game than a simple card game, and has taken inspiration from games such as The Banner Saga and Might & Magic: Clash of Heroes. Additionally, Mateusz Tomaszkiewicz confirmed that Karolina Stachyra, who worked on The Witcher 3 Bloody Baron quest, is also working on the campaign, so fans of the series are definitely going to be in for something very good.

The Witcher Gwent game has been revealed last week through a trademark filing which also showed the game's logo. The game will obviously feel different from the Gwent mini game of The Witcher 3, with several new features and free to play mechanics. Following the official announcement, it's been confirmed that a beta will be made available to select players on PC and Xbox One. It's possible to register for the beta right now on the game's official website.

The Witcher Gwent game will launch this September on PC, PlayStation 4 and Xbox One. More on the game will be coming soon, so stay tuned for all the latest news on the new game based on The Witcher universe.