Behold your armory, sword and horses, CD Projekt Red has officially announced the release date of its upcoming highly anticipated open-world action role-playing video game along with some additional details and a brand new E3 2014 trailer. The Witcher 3: Wild Hunt will launch across Microsoft Windows, OS X, PlayStation 4 and Xbox One on February 24, 2015. The developer has also revealed pre-order bonuses and collector's edition details for the game. 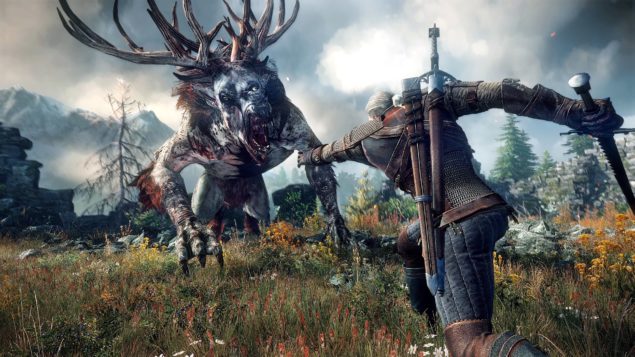 The release date for upcoming one of the most awaited video games known as The Witcher 3: Wild Hunt has officially been confirmed by the Polish developer. Through past rumors and leaks, we already knew that the game will come in February next year but the specific date was still unknown, now CD Projekt Red has officially confirmed that the end of Geralt's long mythical story will begin on February 24, 2015. The game will launch simultaneously on all platforms and will offer more than 100 hours of gameplay combined.

CD Project Red has also revealed the details of pre-order bonuses and collector's edition of The Witcher 3: Wild Hunt. The standard version of the game will include some premium content. The pre-order bonuses, matching the one's that were leaked this morning, include a map, manual, stickers, a soundtrack, and a special Witcher universe Compendium. This additional content will be available at all the places where the game will be sold.

The Witcher 3: Wild Hunt collector's edition is much like its predecessor, but packs some very impressive content. The goodies that come with the collector's edition include a special large polystone statue of Geralt, the protagonist of the game's series, battling a griffin, a 200-page hardcover artbook, a steel game case, a wolf medallion made of steel and everything from the standard edition, all put into a huge box. Pricing for the collector's edition was not specified. 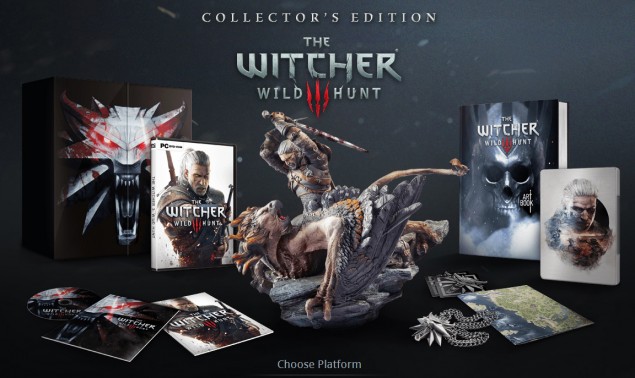 Pre-ordering The Witcher 3: Wild Hunt through CD Projekt Red's own store, GOG, will get you even more content. In addition to a DRM-free version of the game, gamers will get a special limited-time $52 price point. Not only this, gamers will also be allowed to participate in the closed beta for the game. A digital Witcher comic and art book, and an extended soundtrack will also come packed. Pre-ordering from GOG will also net you a copy of RPG game by BioWare called Neverwinter Nights and "loyalty discount" if you have either or both of the previous Witcher games. Other minor goodies include avatars for social media, wallpapers and digital artwork that has been published before.

On top of all these details, CD Projekt Red also released a new trailer, "The Sword of Destiny", of The Witcher 3: Wild Hunt. The trailer shows the landscapes that the protagonist of the game roams. Struggling to find a long-disappeared witcheress, Geralt now also have to deal with a new threat and must go through the Wild Hunt. The Witcher 3: Wild Hunt E3 2014 Trailer can be seen below.

Current-Gen PS4 and XO Titles to Have “Longer Tails” Due to Shortage of Next-Gen Releases and Backwards Compatibility, NPD Expects