The Witcher 3: Wild Hunt – Each Region Has its Own Music; Looks and Plays Great on Consoles, Gameplay Coming soon

Level Designer Miles Tost, has been answering a few questions from fans via Twitter and shared some more information on The Witcher 3. He explains that in Wild Hunt each region has its own music tracks and goes on to describe them as beautiful.

@SteelPlatinum_ Of course! Each region has it's own tracks and they are ALL so beautiful! @kwazol

As we have previously covered, The Witcher 3 is a huge open world with no loading times and Miles Toast goes on to verify that. He states that loading happens only when fast traveling.

Geralt's maximum speed is a jog and there is a stamina level to his sprinting.

CD Projekt assures fans that The Witcher 3 looks and plays beautifully on consoles, and players will enjoy it regardless of the platform. They promise to show some console gameplay soon.

“We'll show some footage soon. It looks great and you will have an amazing time playing it!”

“Looks very pretty on all platforms and you’ll enjoy it on PS4 or Xbox as much as you’d on PC, I’m sure! :)” 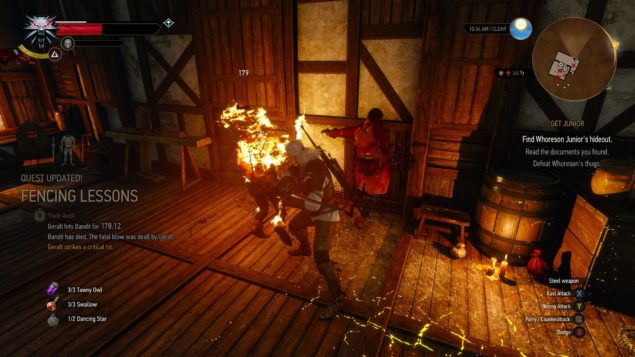