The Witcher 3 Wild Hunt, the latest entry of the series developed by CD Projekt RED, is one of the best looking games released in recent years. The game's high quality graphics, however, have been made even better by a variety of mods released in the past few months, like The Witcher 3 HD Reworked mod, which introduces higher quality textures to the game. This mod in particular has been recently updated with more features, which will make the game look even better. 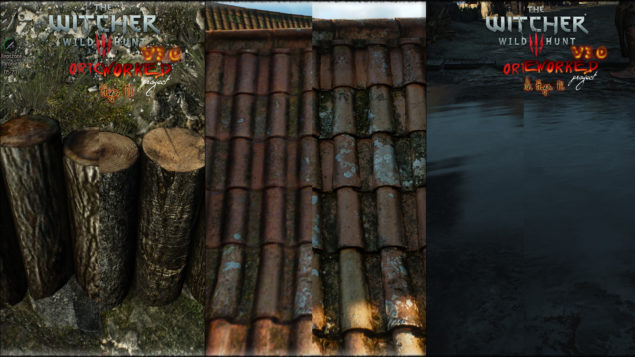 The new The Witcher 3 HD Reworked mod update includes high quality wood, ceramic and water textures, which make the game look very, very good. You can check out a video comparing regular and improved textures right below, and you can download the mod by going here.

It depends on your video card and its VRAM, but generally modification doesn't reduce performance. On my Radeon HD7970 3GB I have not noticed any decrease fps and stutters.
Installation

Download archive and extract "modHDReworkedProject" folder to "(You Witcher 3 game folder)/mods" -if the "mods" folder doesn't exist - create it.

Delete folder "modHDReworkedProject" from "mods" folder in you game location.

Earlier this week, more news on another The Witcher 3 mod have surfaced online. Eguitar01, the creator of the Grim Lighting mod, has confirmed that the mod's next update will introduce new features as well as compatibility with another popular The Witcher 3 mod, the Super Turbo Lighting mod.

The Witcher 3 is now available in all regions on PC, PlayStation 4 and Xbox One. The game’s next expansion, called Blood and Wine, will be released on a yet to be confirmed date, which should be in the first half of the year.