Witcher 3 More Gameplay Details: Smaller Islands Are Yet to be Unveiled

The upcoming CD Projekt RED's addition to the Witcher franchise is just round the corner and we have some new details to share with you. The new information regards the different islands available in the game apart from the mainland. According to a release there will be 10 other islands in game where 5 will big big ones and an additional 5 or so small islands. The game will allow the player to sail or swim to these locations off coast and the possibility of swimming under water will open up new underground sites and will bring another side to the upcoming Witcher 3 game. 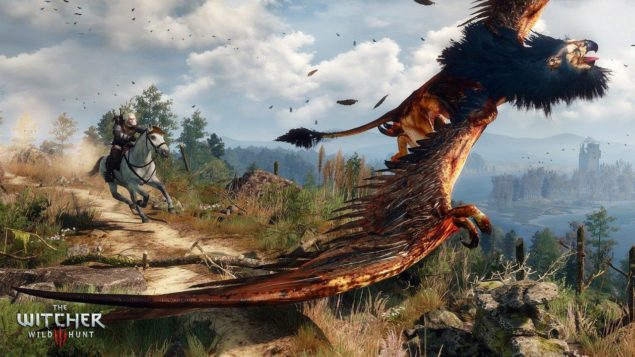 In an interview with a Russian news source Stratege.ru, Jakub Szamatek ( Witcher 3's writer), revealed some new information about the game. He said that the players will be able to take a boat to travel to other islands or maybe swim there, whichever they choose. He also added that the team had lots they had yet to show the gamers.

“You can not only use the boat to sail but also swim under water, opening up new areas that are inaccessible by land,” said Szamałek. “We have designed five large islands and about the same number of smaller ones, which we have not yet demonstrated in public.

He then emphasized the importance of in-game dynamics in the Witcher 3 where the game flaunts its wholeness by giving the gamer freedom to choose his way forward.

“You will see a lot of interesting places to explore: ancient ruins, abandoned buildings, caves and much more. We created each of these places in a unique way for the players who want to get there.

Additionally, he added that all of the Witcher 3's dynamics may not be associated with the game's main story and there are many which just compliment the game and make it interesting for the player succeeding to give a more complete experience that the Witcher 3 team wanted its fans to get.

“Some of them will be associated with Geralt’s story, while others just hide behind a lot of secrets. In general, they all carry some meaning. Our team spent a lot of time to recreate the world of Geralt and make it feel alive.”

The Witcher 3 makes its way onto the current-gen consoles and PC platform on the 19th of May. Witcher 3 is just round the corner and there's a lot to be excited about in the Witcher 3.