The Witcher 3 Blood And Wine Grandmaster Sets Will Be Tied To “Interesting Quests”, Manticores Won’t Be In 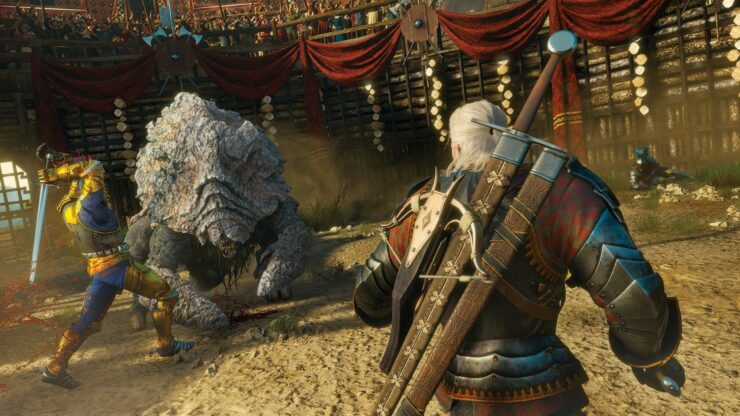 Earlier this week, CD Projekt Red has finally revealed some additional The Witcher 3 Blood and Wine details, including its final release date, and fans of the white haired professional monster hunter are eagerly anticipating his final adventure in the duchy of Toussaint. Following the announcement, more details have come in earlier today thanks to the team's Community Manager.

On The Witcher series official forums, CD Projekt Red community manager Marcin Momot has confirmed some new details on the Grandmaster equipment sets that players will be able to create following the expansion's release. Apparently, the Witcher Viper School set will not be getting the Grandmaster treatment in Blood and Wine, and all the other sets not only will be getting it, but it will also be tied to interesting quests and stories. This is definitely great news, as all upgrade tiers of Witcher Schools sets weren't attached to any real quest.

Viper won't get the grandmaster treatment in B&W - sorry. Other sets however will and these upgrades will be tied to interesting quests and stories.

Additionally, Marcin Momot has confirmed, unfortunately, that no Manticores will be included in Blood and Wine. However, he has assured players that there will be other "cool foes" to take down.

No Manticores as opponents. Sorry. There will be other, new cool foes though.

Yesterday, another The Witcher 3 Blood and Wine gameplay video has surfaced online, showcasing some intense battles against some of these new cool foes that Marcin Momot mentioned today. Also, some websites have finally confirmed the identity of the returning characters from the book that has been teased a while back.

The Witcher 3 is now available in all regions on PC, PlayStation 4 and Xbox One. The Blood and Wine expansion will be released in all regions and on all formats on May 31st.