The Witcher 3 Blood And Wine Achievements Surface On Steam 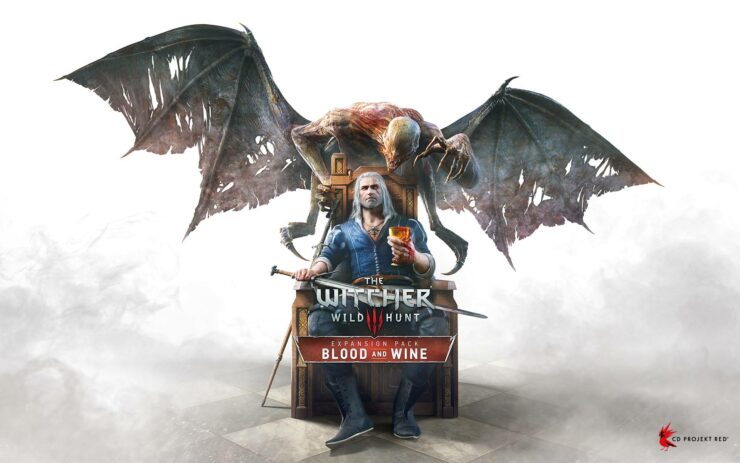 In less than a week, CD Projekt Red will finally reveal more details for the second expansion for The Witcher 3 Wild Hunt, called Blood and Wine. Despite the team not talking much about the expansion's features, some new details have managed to surface online earlier today.

A few hours ago the new The Witcher 3 Blood and Wine achievements have surfaced on Steam, revealing some new details on the expansion and its content. Three of the new achievements are hidden achievements, so there's currently no way to know how to obtain them- The list includes some light spoilers, so avoid reading them if you want the Blood and Wine expansion to be a complete surprise for you when it launches in the near future.

[spoiler] The Witcher's Gone South
Travel to the Duchy of Toussaint.
Last Action Hero
Be decorated with the Order of Vitis Vinifera.
Kling of the Clink
Serve time in Toussaint
A Knight to Remember
Obtain a flawless victory in all the competitions during the knights' tourney.
Embodiment of the Five Virtues
Be given Aerondight by the Lady of the Lake.
Playing House
Use all available options for developing Corvo Bianco.
Turned Every Stone
Find all grandmaster diagrams for each witcher school.
I Have a Gwent Problem
Collect all the cards in the Skellige deck.
Dressed to Kill
Unlock the bonus for equipping all the witcher gear elements from one School.
Weapon "W"
Develop a mutation
3 hidden ones
Hasta la Vista™
David and Golyat
The Grapes of Wrath Stomped [/spoiler]

The Witcher 3 is now available in all regions on PC, PlayStation 4 and Xbox One. The Blood and Wine expansion has yet to be dated, but we will learn more about the matter soon enough.