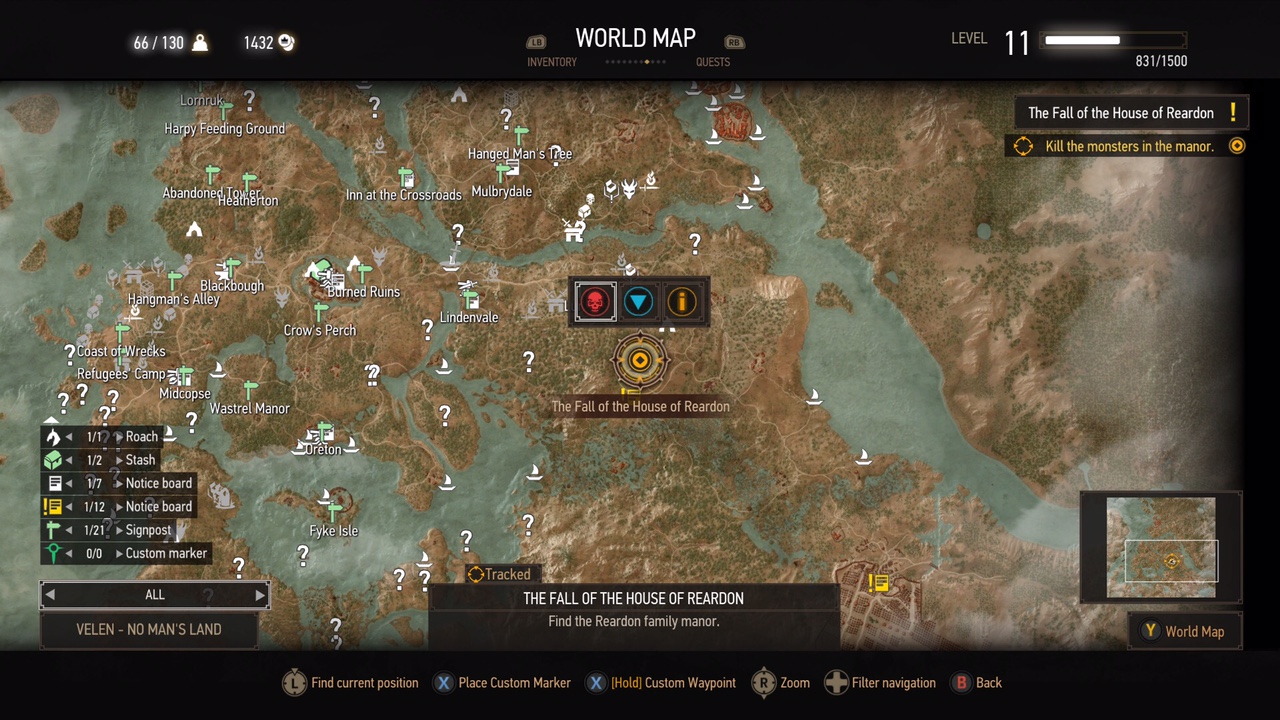 Yesterday, CD Projekt Red finally revealed the full The Witcher 3 1.20 patch notes, confirming several of the changes and additions that will be coming for all users. The team also confirmed that the update was going to be released next week right before the release of the Blood and Wine DLC, but it looks like some players can already enjoy the many changes and additions of the latest update.

Some of the lucky users who have managed to download the new The Witcher 3 update have also shared some new details on it. According to a few users, a new letter from C.de P.R. can now be found close to the chest containing the Wolf School diagram in Kaer Morhen, a letter which includes an apology from the team for the issues which made it impossible to obtain the diagram for some before the update. 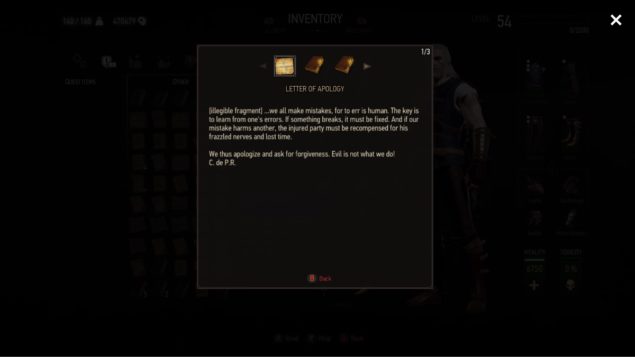 Additionally, one other reddit user named Grasping Philospher revealed that the color of the Mastercrafted Wolf School Armor has been changed in the new update. No screenshot has emerged, but we will surely learn more on the matter soon.

Finally, user Peridiam shared some high quality screenshots showcasing the new Menus, which look quite a bit better and more functional than the original ones. You can check the screenshots out right below.

The Witcher 3 is now available in all regions on PC, PlayStation 4 and Xbox One. The new update has yet to be released on PC and PlayStation 4, but it should become available for download before the release of the Blood and Wine DLC, which will launch on May 31st in all regions. We will let you know when the update becomes available on the other formats as soon as possible, so stay tuned for all the latest news.