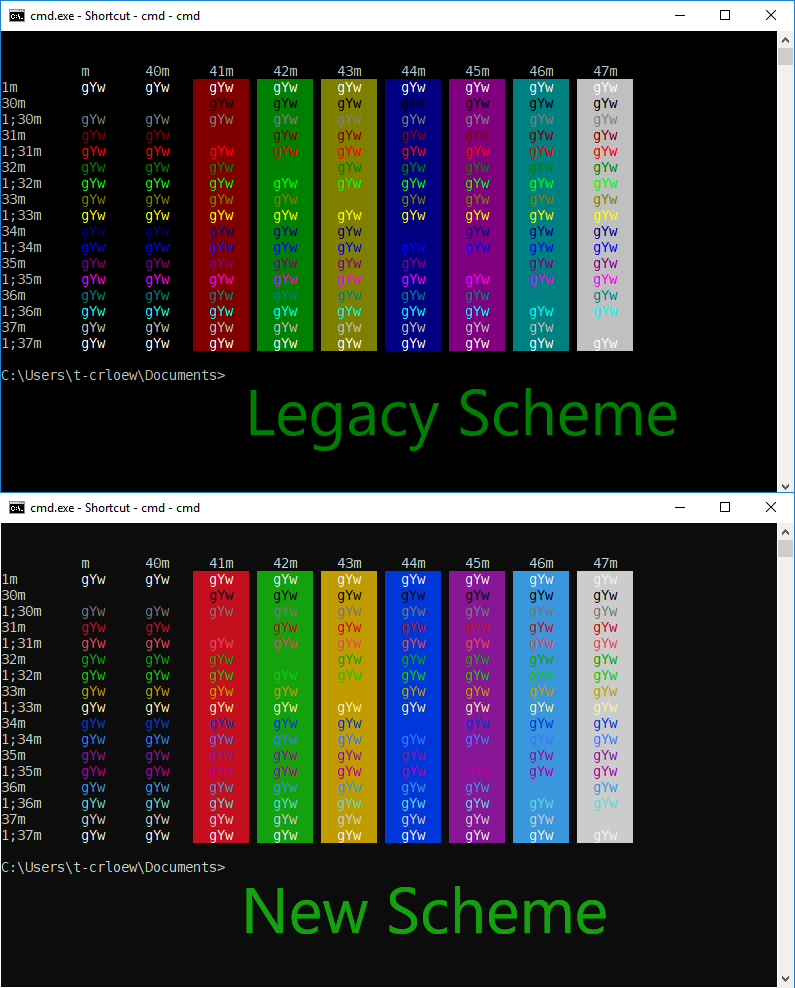 Whoops. For the first ever time in twenty years, Microsoft is giving its Windows Console a color overhaul. The Command Prompt is finally receiving a newish look after years of developers asking for a change. Windows 10 Preview Build 16257 that is highly expected to be released later today is rumored to bring this overhaul of the legacy color scheme of the Windows Command Prompt.

The news was first spotted by The Verge, apparently published and then deleted by Microsoft earlier today. "In another blockbuster post, our Summer 2017 Intern, @craigaloewen unveils a subtle, but important improvement to the Console in Windows 10 Insider build 16257," this now-deleted post shares.

"The default color values have been changed to improve legibility of darker colors on modern screens, and to give the Console a more modern look & feel," Craig writes. The legacy blue that has become a little difficult to read on modern high-contrast displays is getting a little lighter. However, Craig added that it's not just blue getting a change as the entire color scheme has been tweaked.

During the past 20 years, screens & display technology, contrast ratio, and resolution have changed significantly, from CRT's through TFT LCD's to modern-day nano-scale 4K displays.

The legacy default scheme was not built for modern displays and does not render as well on newer high-contrast LCD displays. This is particularly apparent with deeply saturated darker colors like blue.

The new default colors will modernize the look of the Windows Console and make it more congruent with other terminal experiences, such as the integrated terminal in VSCode.

Excited? Well, we expect to see the new Windows 10 Insider Preview build 16257 anytime now. However, you won't see this Windows Console color change after upgrading to the latest build as you will have to clean install it. Microsoft has promised (on this cached page, so we can't say if it's the official word yet) that it will soon be publishing a tool that will help users apply this new scheme and a selection of alternative color schemes to your Windows Console.