Windows 8 Slides were leaked on the net shortly after the release of the iPhone 4 it seems Microsoft is revealing their plans for Windows 8 earlier then anticipated but Windows 8 will not only feature faster boot time and smoother operation but will offer a whole lot more.

Facial login for instance, normally this was a feature available via 3rd party applications or on exclusive laptops from lenovo and such but now the OS it self will integrate this feature built in. Another great up side is that the system restore feature, an age old feature since Windows XP has been given a massive overhaul before the System restore had to be done by an experienced person and someone with little or no knowledge could find it quite a challenge to perform a system but now a system restore can be done with a few mouse clicks and is simple and straight forward with no complicated terms used. 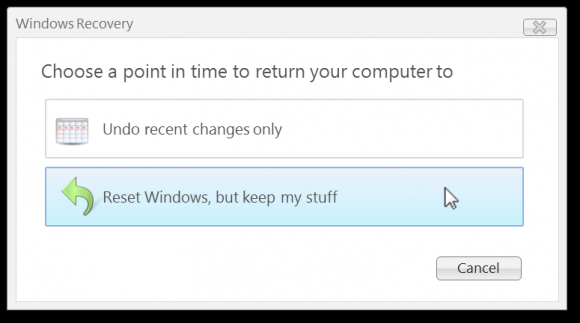 Another new feature of Windows 8 will be "Windows Store";

The new store will be an integral part of a promising new system restore feature dubbed Windows Recovery. Initiated by pressing the hardware reset button, Windows Recovery puts a dialog up and offers to reinstall Windows, migrate user settings and app preferences from your cloud profile, and re-install purchased software via the Windows Store. What’s best, if you enable the store and cloud profile roaming, you won’t have to worry about manually backing any of this stuff anymore.

Of course, the operating system will also contain IE9 with several enhancements, including comprehensive HTML5 support, GPGPU-accelerated rendering that already makes Chrome look slow, support for the Google-proposed WebM platform for web video, and more. The first public beta of IE9 is expected in August 2010, with release candidate dates to be determined after beta. IE9 Developer Platform Preview (this is not a full browser) has been available since March 10, 2010 at IETestDrive.com.

I for one am definitely looking forward to Microsoft confirming these rumors to be true, if they are Windows 8 can be a bigger success over Windows 7. But I am a bit skeptical because its a bit too soon to release a new OS considering Windows 7 hasn't been officially out since 3 years. Vista lasted a very long time and so did XP so Microsoft releasing a new OS so quickly might be false but who knows maybe Windows 8 really is in the works.