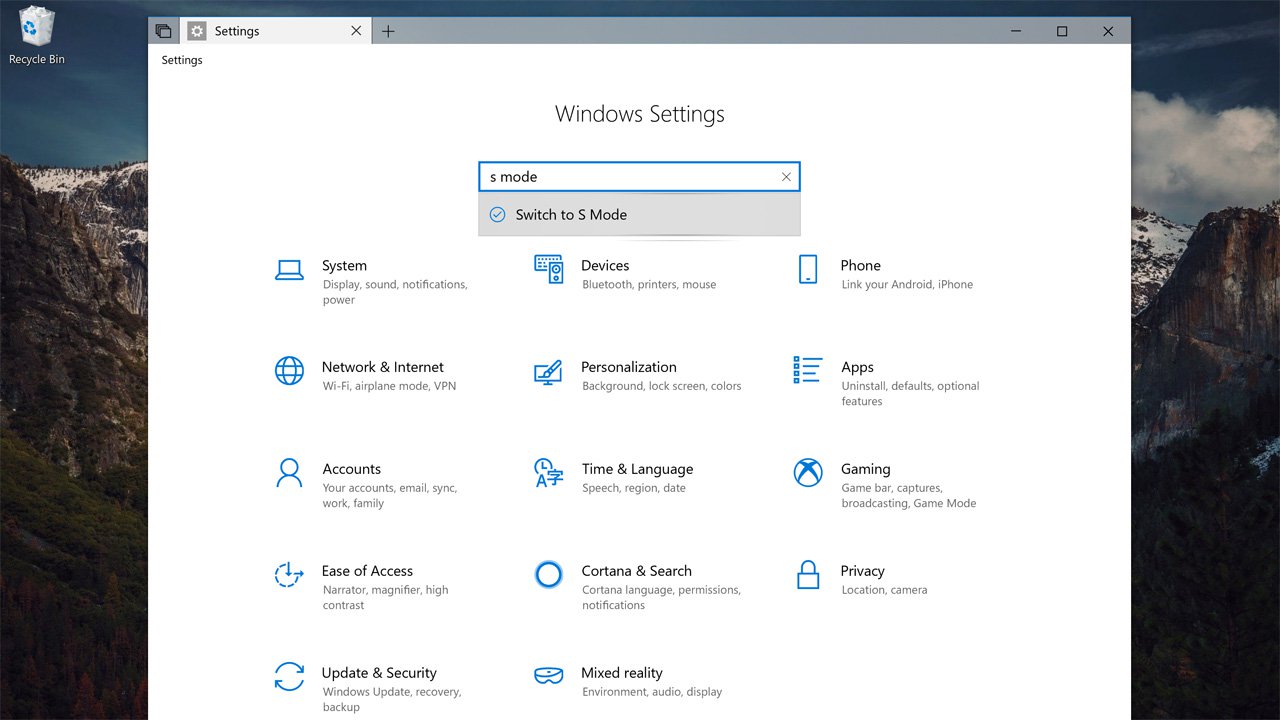 Microsoft released a fresh new build from Windows 10 Redstone 5 branch to its Fast ring and Skip Ahead Insiders yesterday. Along with other improvements and bug fixes, it appears Windows 10 Preview Build 17686 also brings a hint that the company may soon allow its users to "Switch to S Mode."

Microsoft had said that the new "Windows 10 S mode" will replace the existing Windows 10 S SKU and will be offered as the locked-down version of Windows 10 Home, Pro and Enterprise. Currently, with the Windows 10 April 2018 update, users can switch out of the S Mode, however, they can't go back to the S Mode.

It isn't clear how this switch will work, but it has appeared in the latest Preview's Settings app, as reported by Thurrot. If true, this means that switching out of S Mode won't be a one way street as users will also be able to go back to the S Mode. This system does sound confusing, though. Windows 10 S Mode essentially locks you out of everything but the Store. If you can go back and forth and download non-Store programs, would you be able to use them while in the S Mode? Will they get removed when you make the switch?

We will know more when - and if - Microsoft delivers this option with the next Windows 10 update expected in October. But, it does look convenient if the company can figure out how admins can offer S Mode to some users while still having access to the complete version of the OS.