Microsoft has today made the latest Windows 10 May 2019 Update available on MSDN for download. The company released version 1903 earlier this month, but exclusively for Insiders. While anyone can sign up and install Windows 10 1903, Microsoft had said it won't be released to the public until May.

The Windows maker had also said that the newest version of Windows 10 would be made available for business users in late May for testing. The company added that it will use the late May date as the start of the 18-month support plan for the May 2019 Update. "Our commercial customers can begin their targeted deployments in late May, which will mark the beginning of the 18-month servicing period for Windows 10, version 1903 in the Semi-Annual Channel," Microsoft said. "We recommend IT administrators start validating the apps, devices and infrastructure used by their organizations at that time to ensure that they work well with this release before broadly deploying."

However, it now appears that the May 2019 Update is already available (via Tero Alhonen) to businesses. 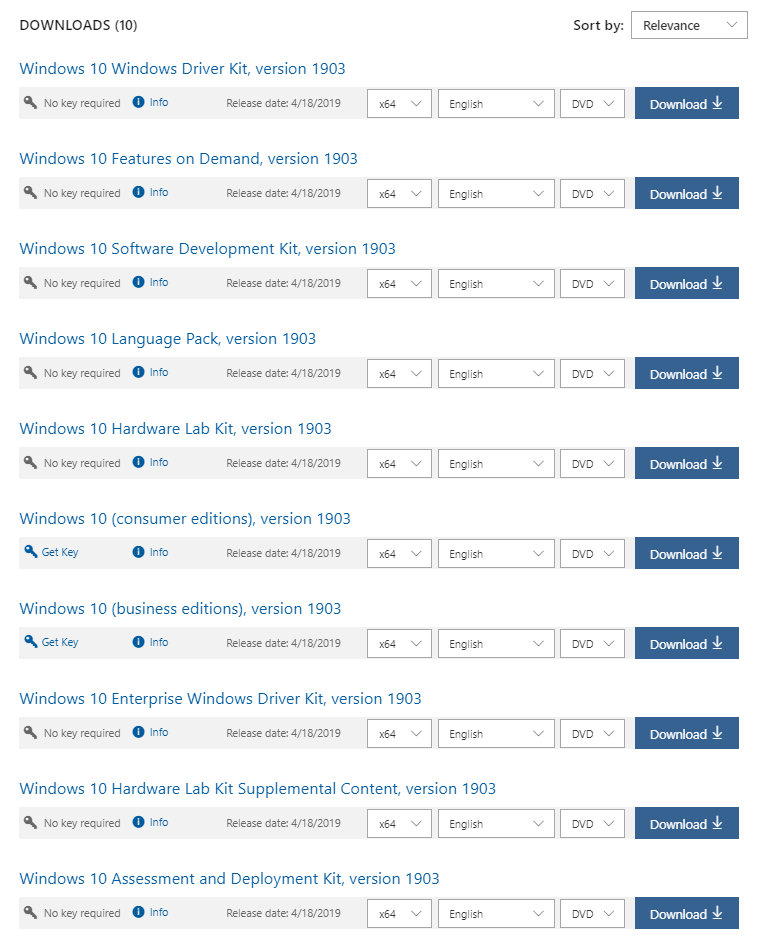 Today's MSDN release comes right after the release of Windows 10 1903 Software Development Kit (SDK). "The Windows 10 SDK for the May 2019 Update is now available as well with a go-live license!  Windows 10 May 2019 Update (build 18362) is now in the Release Preview Windows Insider ring," Microsoft announced today. "You may also know this as Windows 10, version 1903." More details are available over at the official blog post.

Developers can now start testing the May 2019 Update and today's MSDN release seems to be another effort to that front, not really a release for enterprise users. Downloads available to MSDN subscribers (link).

Relevant: get May 2019 Update before everyone else