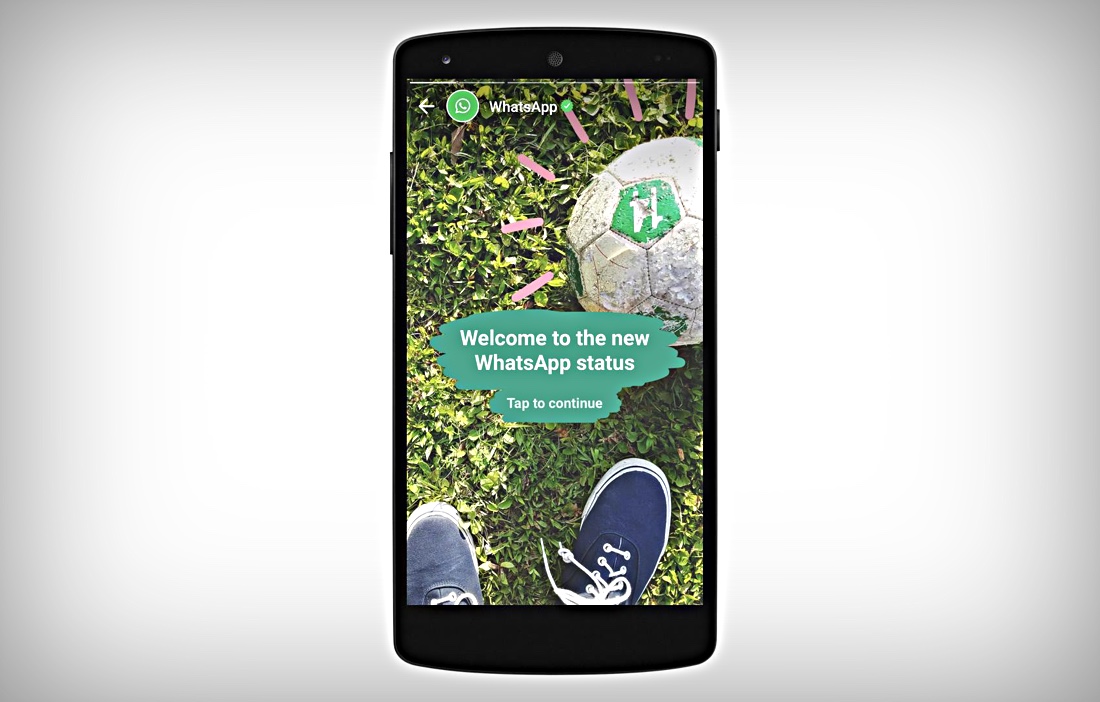 WhatsApp has just rolled out a new feature, allowing you to put up rich status updates like Snapchat. The update is live for some users now.

Back in 2009 when WhatsApp was first released, the app was nothing more than a place to let other people know what you were up to. This was achieved using small and extremely concise text status updates. Later on, the app graced instant messaging which gave the entire service a massive boost. But, even after all these years, the status feature has remained in its place, completely unchanged.

Now though, after eight years, WhatsApp is revamping its status feature, allowing you to post not just text, but images and videos as well. This new feature coincides perfectly with WhatsApp's upcoming birthday on the 24th of this month. But, the new feature is rolling out gradually for everyone starting today. This means if you open the app right now on your iPhone, Android device, there's a high chance you will be greeted with a new Status tab in the app.

Interestingly, just like messages you send via WhatsApp, your status updates will be completely encrypted as well. This means that you can rest assured that you are absolutely safe from prying eyes no matter what.

Once posted, the status updates disappear after a period of 24 hours, just like Snapchat.

We are excited to announce that, coinciding with WhatsApp's 8th birthday on February 24, we are reinventing the status feature. Starting today, we are rolling out an update to status, which allows you to share photos and videos with your friends and contacts on WhatsApp in an easy and secure way. Yes, even your status updates are end-to-end encrypted.

As mentioned above, the feature is live for some users right now and everyone should receive it in the coming days. If you do not have WhatsApp installed on your device, then you can do so by tapping on the download links below.

Just like eight years ago when we first started WhatsApp, this new and improved status feature will let you keep your friends who use WhatsApp easily updated in a fun and simple way. From all of us at WhatsApp, we hope you enjoy it!

It's absolutely remarkable how far WhatsApp has come in all these years. What started off as a mere status update-only hub turned out to be the biggest IM platform in the world. But the awesome part of the entire movement is how it's constantly evolving and improving regardless it's taking cues from others.

Do let us know in the comments section below what you think about today's update.