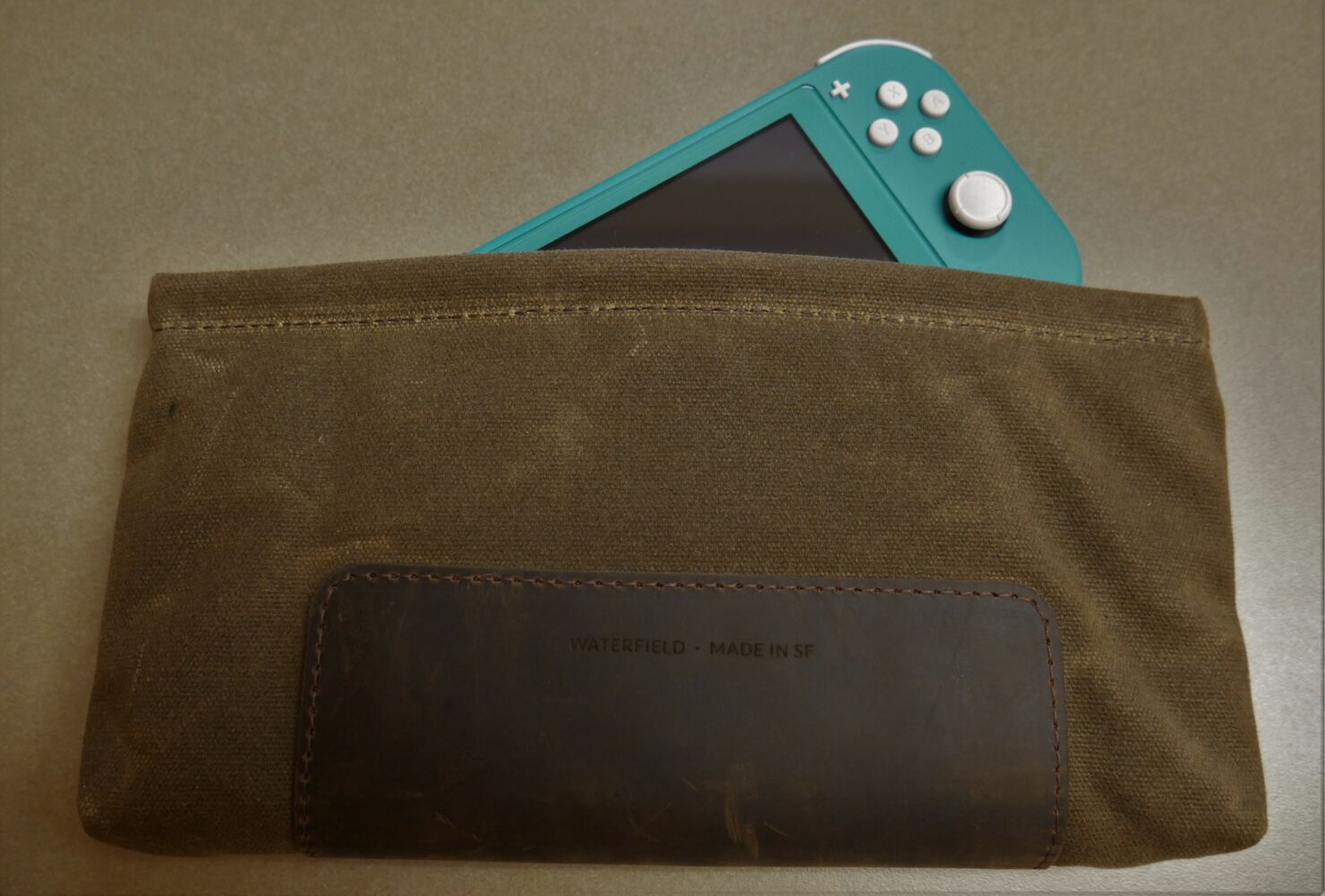 When searching for a daypack for my Nintendo Switch, the name Waterfield kept popping up on enthusiast forums. Waterfield’s a local San Francisco brand that’s been quietly expanding their line of stylish and leather accessories into the realm of video game carrying cases. To protect my recently purchased Nintendo Switch Lite (which admittedly I only purchased to play the remake of Link’s Awakening on my commutes), Waterfield sent a pair of their new Switch Lite lineup to play around with for a week.

One of the Switch Lite cases that Waterfield provided is a brand new design. The Cityslicker case is a revision of their existing accessory line, retooled to fit the smaller form factor of the Nintendo Switch Lite while the Slip Case for Nintendo Switch Lite is something completely new in their portfolio. Both retain that signature weathered look of Waterfield's original counterparts without sacrificing the functionality.

The first bag that I received from Waterfield was their basic Slip Case for Nintendo Switch Lite. Even their most basic of Switch Lite carrying cases went above and beyond simply being a place to store my Switch Lite while not in my hands. The exterior of my particular color variant Slip Case is stitched from brown waxed canvas  that repels any liquid thrown at it like water off a duck’s back. Across the underside of the Slip Case is a leather grip for carrying the Switch Lite like a clutch or to hold while opening the Slip Case. This doesn’t feature the same moisture-repellent coating, so while water may not get absorbed into the fabric, it can pull out the leather’s natural oils and stiffen over time. It can still protect your Switch Lite if you have the misfortune of getting caught in a sudden downpour, although I’d advise holding the case upside down just in case.

Across the top opening to the Slip Case for Nintendo Switch Lite are a pair of magnets that run the entire length of the clutch case, connecting to cover all but the last centimeter of each opening. The gap isn’t enough to let any loose Nintendo Switch cartridges fall out but it won’t do anything to prevent liquid from getting into the carrying case. Within the Slip Case itself, Waterfield switched to a plush interior, colored in black in my case, on all sides of the interior. This gentle plush fabric cushioned my Switch Lite in place without ever leaving a mark on the glass screen, a common fear I have with cheaper cases that don’t source a gentler material. On either side of the case are two narrow pouches that can hold additional accessories, although I wouldn’t recommend placing in anything wider than their optional card case, small USB-C cable, or pair of earphones. Thicker items like a case of wireless earbuds certainly can still fit with the magnetic enclosure still able to snap shut, but then there’s the risk of putting too much strain and pressure on the Switch Lite itself. Thankfully Waterfield anticipated this by putting additional padding in either corner of the case to prevent any undue stress on those non-replaceable joysticks on the Switch Lite.

For those looking for a bit more protection for their Nintendo Switch Lite during extended commutes, the Waterfield Cityslicker adds in a few more features beyond that of the grab-and-go Slip Case. The Cityslicker boasts a black ballistic nylon for the outer cover while a plush interior was standard. The main difference is a full-grain cowhide leather flap cover that comes in a variety of dark colors, although I stuck with their traditional ‘Grizzly Leather’ exterior. This flap is locked in place via two locking pairs of magnetic snaps. If anything, these were my sole negative on the entire Cityslicker case; both magnets were strong enough to stay in place even when bouncing around in my backpack but it was always a bit of extra work to line them up when closing the Cityslicker case.

Within the Cityslicker case are more slots for storage than the Slip Case for Nintendo Switch Lite. Four card slots come standard beneath the top flap and within the plush interior are pockets on both the front and back for the usual cables. If you want to carry along a spare pair of joycons or a SNES controller to wrap up Demon’s Crest on the go, the Cityslicker features a zipper enclosure on the back for those extra accessories.

Both of the leather Switch Lite accessory bags are currently available directly from the San Francisco-based Waterfield website. The Slip Case for Nintendo Switch Lite starts at $59 while the Cityslicker for Switch Lite starts at $79. Both cases offer additional accessories, ranging from carabiners and wrist straps to additional cartridge holders that slip into either case. I should be impartial, but the Cityslicker is hands down one of my favorite carrying cases for a portable console. While Waterfield’s line of bags are certainly pricier than anything you can pick up from the shelves at Gamestop, the craftsmanship is undeniable. Waterfield’s new line of carrying cases aren’t just an accessory to the Switch Lite, they’re an accessory to your lifestyle.