Powercolor has rolled out its second liquid cooled HD5870 which will feature a single slot water block for water cooled setups, Having already released a HD5870 water-cooled card, The LCS HD5870 last year the new card LCS HD5870 V2 is going to offer much better cooling performance due to the newly modified Water block which is said to offer better cooling and better overclocking results at the same price. 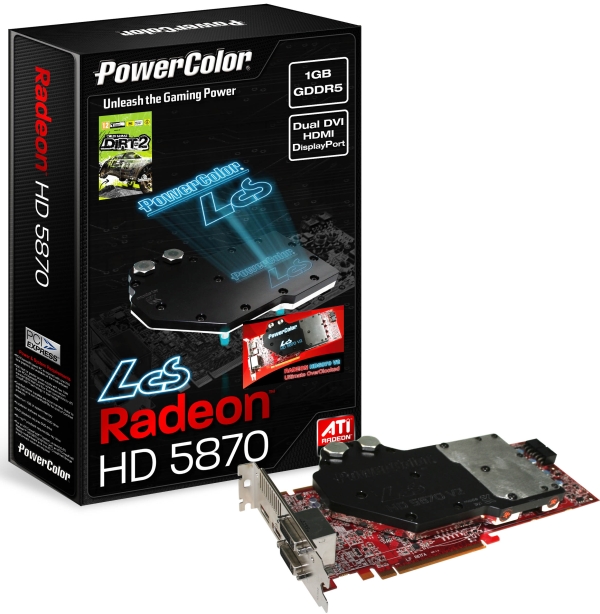 The water block comes from EK Water Blocks and the GPU runs at a core clock of 950Mhz and comes with 1GB of GDDR5 memory running at 4800Mhz along a 256-Bit wide memory interface. The improved overclocking abilities of the card are because it comes with the same PCB used on the PCS+++ HD 5870. According to Powercolor the Water block will keep the load temps around 50C which is not at all bad. 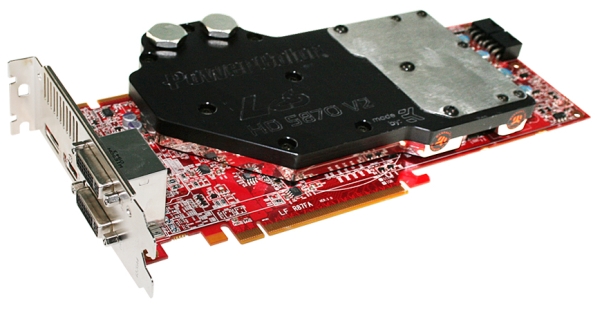 The card is bundled with Dirt 2 and will be priced the same as the previous version and would be around €400. The card will be available in Early August.