Ubisoft's open world action-adventure game Watch Dogs is coming out next month and amount of anticipation building upon this title is increasing day by day. The developers from Ubisoft Montreal are revealing new information and details about the game explaining how the game will be responsible for providing immense gameplay experience and stunning graphics to the gamers. 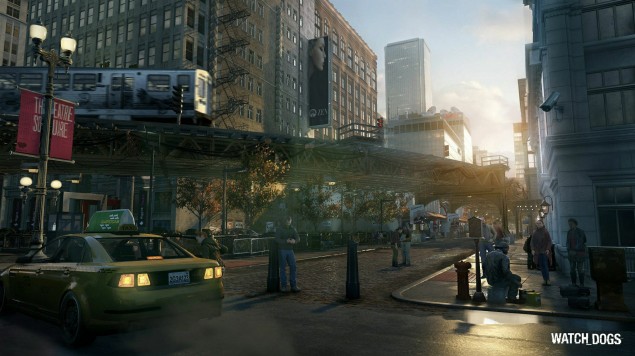 Ubisoft on Watch Dogs: "We Don’t Like Loading Screens" - New Gameplay Footage Will Be From PS4 Version

It is difficult to say what Ubisoft's next-big-thing has in store for gamers that are desperately waiting to get their hands on the game. On one hand, Watch Dogs development team speaks very highly of the game by saying that it will redefine how players interact with an open world and will leave most visually impressive games behind in the dust. But on the other hand, the delay has made it unclear whether Watch Dogs will live up to expectations.

Watch Dogs is getting surrounded by the usual pool of controversies and information dumps as its release date is getting closer. To keep the fans excited, Ubisoft is giving out bits of details about Watch Dogs. Animation director Colin Graham has revealed some new details about the game indicating that Watch Dogs will apparently be skipping annoying loading screens.

“WD [is] an open world architecture, and we have good mission streaming. We don’t like loading screens," said Graham on Twitter. This suggests that Ubisoft will be taking away frustrating loading screens from Watch Dogs, or at least shortening them to minute time periods. Well, this will be an excellent turn up because what is next-gen if you still have to wait long times for next mission to load.

Graham also mentioned that some new gameplay footage of Watch Dogs is coming soon at PAX East. “We are showing some new footage at PAX east,” he said. However the gameplay footage is expected to be from PlayStation 4 version of the game, rather than the Xbox One version as Graham stated, “I think it will be PS4.”

Watch Dogs is due on May 27th for Microsoft Windows, PlayStation 4, PlayStation 3, Xbox One and Xbox 360. PAX East will take place in Boston from April 11th to April 13th. Stay tuned for more updates on Ubisoft's Watch Dogs.