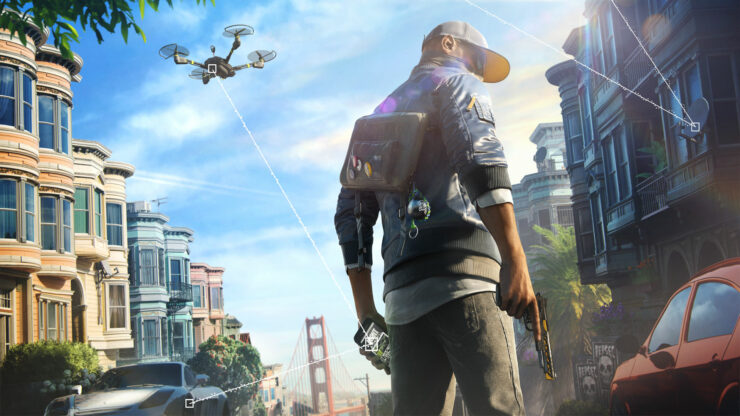 Watch Dogs 2 , the latest entry of the series developed by Ubisoft, is finally available on consoles in all regions, but a nasty bug is preventing players on both platforms from enjoying one of the game's most interesting features, seamless multiplayer. A fix has yet to be deployed, but it seems like the team might have found a solution for these issues.

According to what has been said on the Watch Dogs 2 official forums, the team might have found a way to fix the current issues. If testing proceeds well, a fix might be released this weekend.

If the solution works as intended, we would begin deploying the fix in a patch and turn on seamless multiplayer as soon as this weekend. This is the scenario that we are all hoping for. But if during these tests we see that the game's stability with seamless multiplayer still needs work, seamless online will remain deactivated and we will continue to investigate and test solutions.

We sincerely appreciate your support and patience during this process. Meanwhile, you still have full access to the open world, campaign, side activities and the opportunity to play Co-op missions or free roam with your friends.

Community developer Electr1cpanda further elaborated on what has gone wrong on the Watch Dogs 2 subreddit, underlining how the bug emerged at the last moment when the team turned on multiplayer for those who got an early copy of the game.

Of course we've been testing for months now. It's just the nature of game development - there are certain issues that just may not spring up until it's in a final, live environment. We had online turned on for those who managed to get a copy early, and unfortunately this nasty bug sprang up.
We are just as disappointed, and are working as hard as we can to solve this issue. I'll have an update soon for you all on where things are currently.

Thankfully, it seems like Watch Dogs 2 players will be rewarded for their patience, as the team has plenty of fun stuff planned for the game's online mode.

And thank you for your patience! We have soooooo much fun stuff planned around the online modes in the coming months, I promise it'll be worth the wait.

Watch Dogs 2 is now available on PlayStation 4 and Xbox One. The game will release on PC on November 29th.