Swedish studio Fatshark, previously known for titles such as War of The Roses, War of The Vikings and Krater, announced today that they are working on a new title set in the Warhammer universe.

In a post on the PlayStation blog executive producer Martin Wahlund talks a bit about the upcoming title.

"We’ve been wanting to make a Warhammer game since a group of us at Fatshark started playing Warhammer Fantasy Battle together in our spare time back in 2004. At the time, we lacked the experience and the team to build a game that we felt would live up to our dreams. After having worked on a number of games and watched the team grow in size, we finally set out to build our most ambitious game to date in an IP that we are incredibly passionate about." 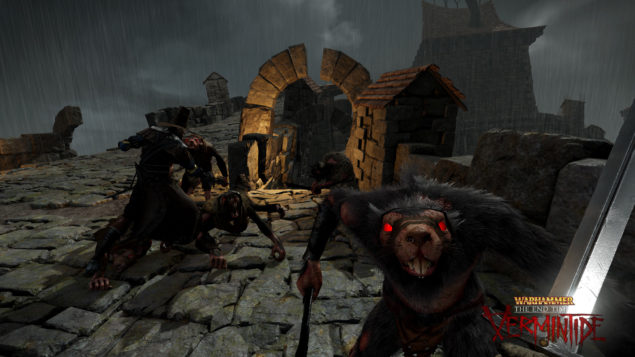 Do the Skaven bite?

Vermintide is a co-operative First person action game with both shooter and melee aspects of gameplay, much like Left 4 Dead. The major difference from Left 4 Dead would be that you are 5 players instead of 4, you choose a "Hero" each featuring different abilities and favoring different gear and play-styles.The players must work cooperatively to survive the apocalyptic Skaven invasion in the city of Ubersreik.

Vermintide is currently due out for PC, PlayStation 4 and Xbox One during the second half of 2015.