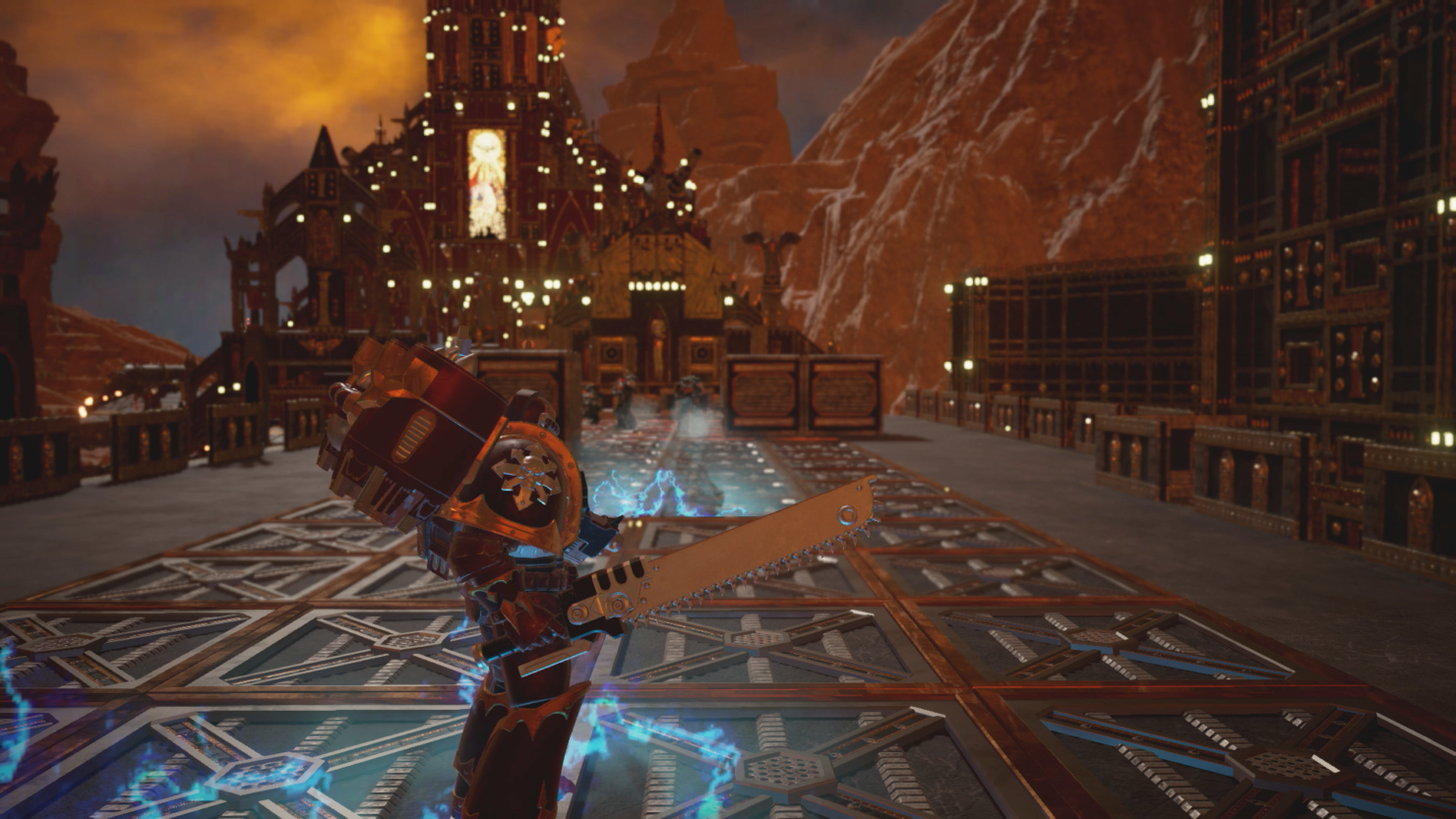 Warhammer 40K Eternal Crusade, the third person shooter MMO in development at Behavior Interactive, was not on showcase at Gamescom 2016. That looked puzzling at first, but makes a lot of sense with today's press release.

Bandai Namco just announced the official release date for the PC version of the game. It will be out on September 23, but PlayStation 4 and Xbox One gamers will have to wait additional time as development on console versions has been now paused.

We are committed to delivering the best experience for the release on September 23rd, with a PC version that matches our ambitions in terms of content and quality and sets the runway for our free lifetime expansions. To pause the development of the console versions was a tough decision but will result in an optimized and extended experience when released.

The game has been available on Steam Early Access since January 26, 2016. The latest community update by Senior Producer Nathan Richardsson mentioned that the development team was updating the code to Unreal Engine version 4.12, which should hopefully bring some performance improvements and optimization.

We started today updating to Unreal Engine version 4.12  so we will go silent so we don't disturb that process. OK, that's not entirely true, we're silent on game updates while this is being done. We'll still be posting stuff all over the internet with you and yes, we know melee has bugs making it unbalanced but 4.12 is for the greater good of mankind.

The next big patch will therefore contain all the work we've done from Wednesday the 10th and Unreal Engine 4.12. That means if this goes well, we're seeing a patch next week, for the sake of argument on Thursday 25th, and if not as early as Tuesday 30th. We have to warn you though, engine updates, even between minor versions, is a very big operation. We still need to do it get all the latest features, performance improvements, optimizations and general bugfixes. You can read all about it in the link above and fair warning, it's long.

In the meantime, to let you peek into the insanity of my mind, here is my todo list below. We are working on updating our material to more clearly reflect where we are and what is left, what's in at launch and send that out in updated infographic, State of the Crusade newsletter, Steam store page and so on. As you can see, there is a reason for me not being allowed to fix bugs, do programming or art.

Luckily I'm surrounded by incredibly talented people who love to make you all happy and as always, thank you for all the support allowing the Eternal Crusade to materialize.