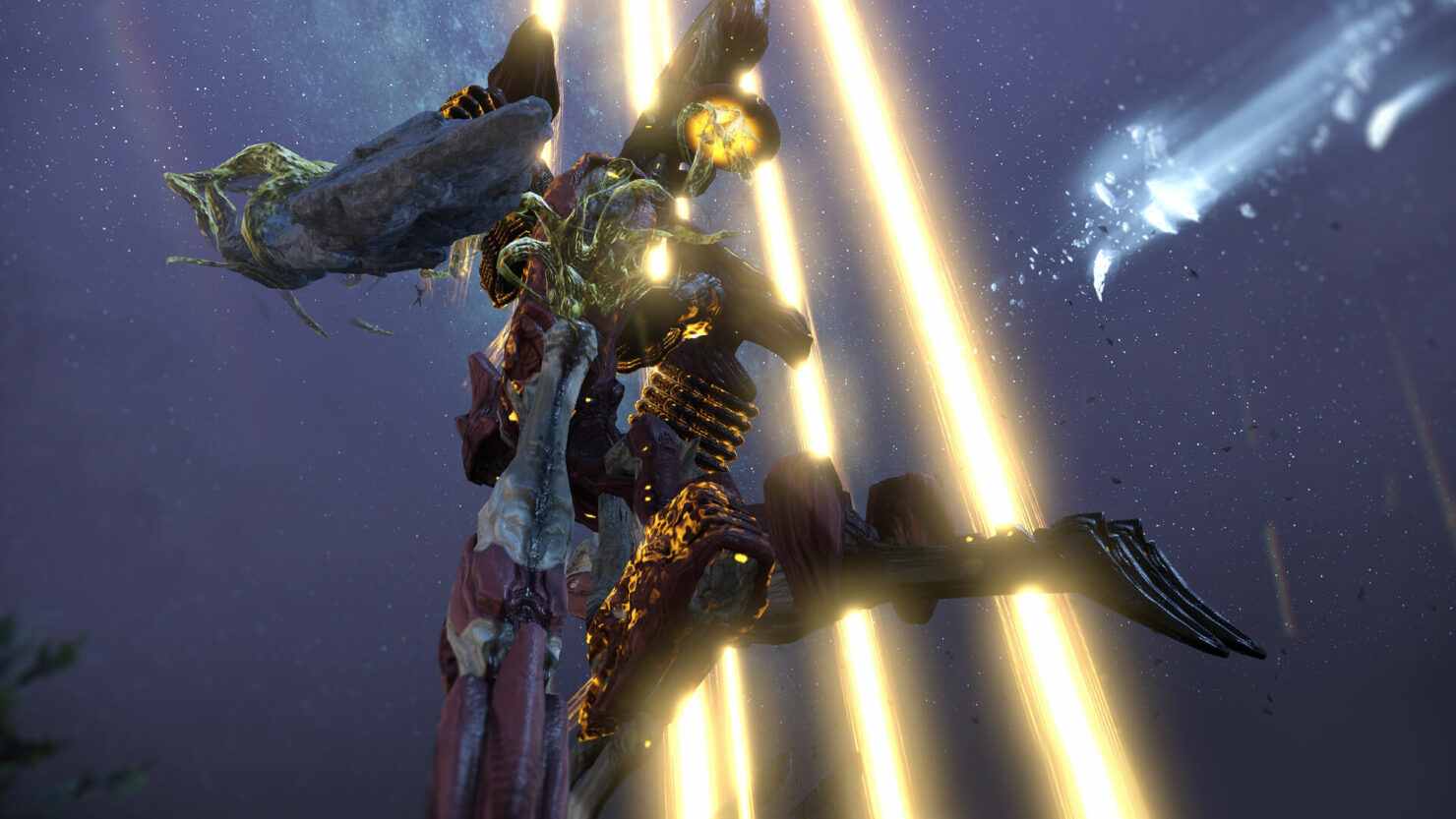 A new update is getting released soon for Warframe Plains of Eidolon, the expansion released last year for the free to play game by Digital Extremes. The update, which is named Warframe Shrine Of Eidolon, will include plenty of additional content.

Among the new Warframe Shrine Of Eidolon features will be two new Eidolon bosses called the Gantulyst and the Hydrolyst, balance changes for weapons and Warframes and more. A new trailer has also been released, and you can check it out below.

GANTULYST
Legends say the Gantulyst wields an enormous boulder for an arm and radiates powerful beams of Sentient energy. The Ostrons built a shrine in its honor hoping to gain its favor.

HYDROLYST
The Ostrons believe the Hydrolyst is an omen of impending natural disaster. Stories describe a distinct, pungent aroma that precedes the arrival of this toxic beast.

RIVEN TRANSMUTATION
If you’re worthy, you’ll receive Riven Transmuters from the new Eidolons. These consumable items can transmute four Riven Mods into a brand-new Riven. Combining four Rivens of the same type (i.e Rifle, Melee, Shotgun, etc.) will result in a transmuted Riven of that type.

DRIVE THE DARGYN
Take your fight to the skies by hijacking any Dargyn in the Plains. Use these to aid in your search for the new Eidolons.

WARFRAME POWER & WEAPON CHANGES
In case you missed it - we’re doing some Warframe and Weapon rebalancing! Check out our Dev Workshop to get a deep dive into what we've changed and why.